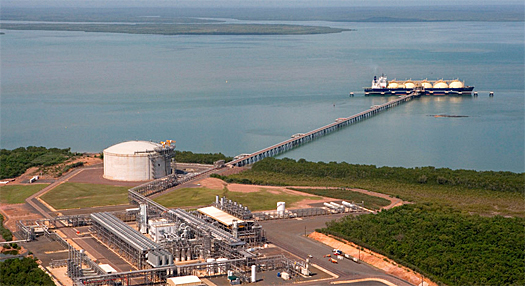 The value of the contract amounts to 567 million euro. Execution of the project starts in August 2012 and is scheduled for completion in April 2014.

Offshore gas field
Gas from the Ichthys Field, in the Browse Basin approximately 200 km offshore of Western Australia, will undergo preliminary processing offshore to remove water and extract condensate. The gas will then be exported to onshore processing facilities in Darwin via an 889 km subsea pipeline.

Access large tankers
Extension of the Darwin Harbour shipping channel and dredging of berth pockets are required to allow large product tankers to gain access to the proposed LNG facility at Blaydin Point.

Limited impact on environment
In order to limit the impacts of the works on the environment a Dredging and Spoil Disposal Management Plan is being prepared that provides environmental guidelines for the execution of the dredging and spoil disposal works.

This news release was originally published on the website of Van Oord.