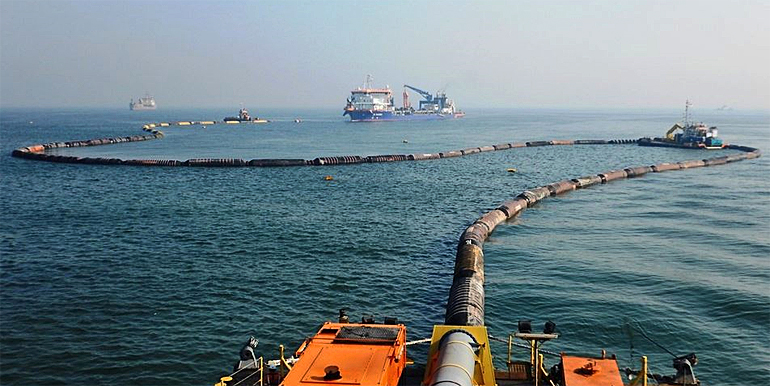 One of Van Oord’s largest trailing suction hopper dredgers, Vox Máxima, has recently started the dredging work for the creation of Pluit City, an artificial island in the bay of Jakarta, Indonesia.

The dredging work is contracted by property developer PT Muara Wisesa Samudra to a joint venture of dredging companies Boskalis and Van Oord. The project will be delivered in 2018.

Trailing suction hopper dredgers are now dredging the sand that will be used to create the new island of Pluit City. The contract includes the installation of stone revetment protection and soil improvement work as well as the dredging services.

The new island will be used for both residential and commercial purposes.