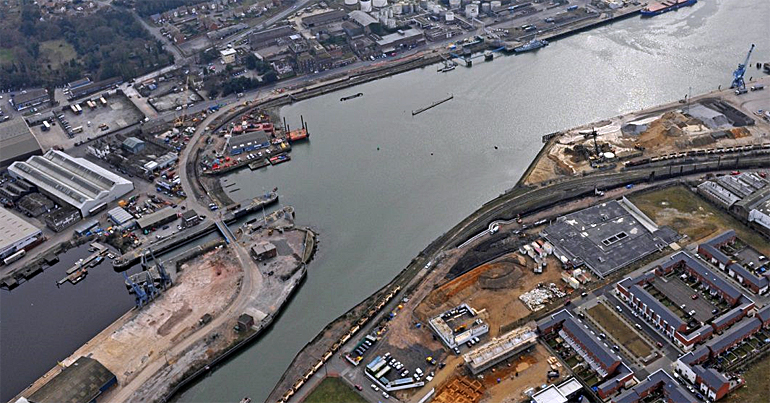 Environment Agency has appointed VBA, a joint venture between VolkerStevin, Boskalis Westminster and Atkins, to design and build a 30 m wide tidal barrier gate across the River Orwell in the city of Ipswich, UK.

The contract has a value of 21 million pound, and includes the maintenance for the first two years. 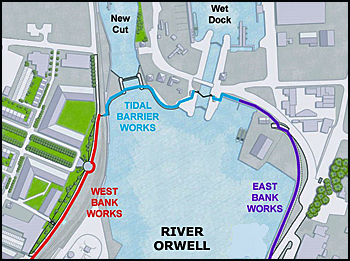 High fluvial flows
Ipswich has a long history of flooding both from high fluvial flows and surge tide effects, with more than 1,500 residential and 400 commercial properties currently within the risk area.

It will complete the defences which the Environment Agency has been upgrading in recent years to greatly reduce the risk of future flooding.

Similar to Thames barrier
The barrier will be a rising radial gate, similar to the gates in the Thames barrier in London - although considerably smaller.

Mark Gardner, framework director for VBA, said: "This project is a great opportunity for VBA to showcase its capabilities in flood defences as well as create a safer environment for those who have been impacted by flooding."

The scheme involves the construction of piled flood defence walls on either side of the barrier, a control building, the installation of mechanical and electrical equipment, flood gates on the east and west banks within the flood walls, scour protection and landscaping works.