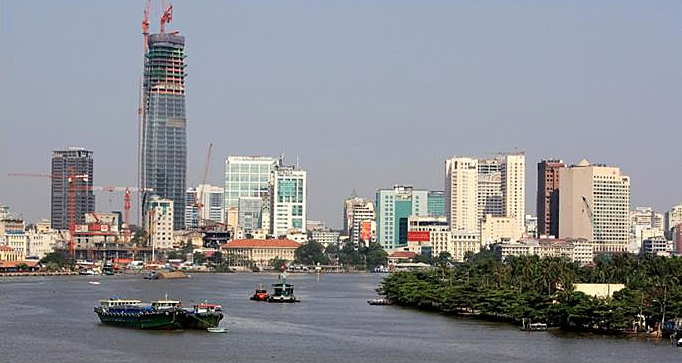 This commission follows the completion of the adaptation strategy for this delta city by VCAPS last year. 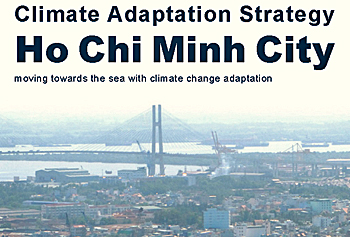 Frequently flooded
Ho Chi Minh City is already frequently flooded due to heavy rainfall and its low position in the Delta. Problems and risks for the inhabitants are likely to increase due to sea level rise and higher river discharges.

At the same time the population and economy of Ho Chi Minh City are growing rapidly. The city is expanding, also towards the sea.

In April 2013 the city board, the people's Committee of Ho Chi Minh City, was presented a Climate Adaptation Strategy.

Subsequently the board announced that it would apply the strategy to make the city climate-proof. In responce VCAPS made a plan of action for the board. 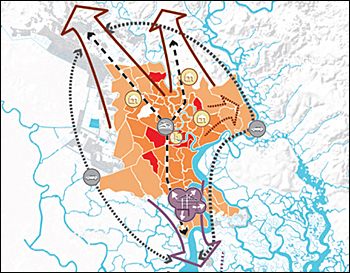 "Now it is important to stay determined. and see to it that the strategy is taken into account in the city's plans, projects and procedures by the different departments involved."

"We will assist the Ho Chi Minh City Climate Change Bureau that was specially set up for this task. Doing so we will use the knowledge and experience that the city of Rotterdam has built up in recent years. The goal is the overall integration of climate change adaptation in all aspects of urban developments in Ho Chi Minh City", assured Moens.

About VCAPS
VCAPS comprises Grontmij Netherlands (lead), Witteveen+Bos, Bosch Slabbers landscape architects and Institute for Environmental Studies (IVM).
The consortium is supported by local experts. It is funded by the Dutch programme Partners for Water of the Ministry of Economic Affairs and implemented in close cooperation with the city of Rotterdam.

This news item was originally published on the website of Grontmij (Dutch only).