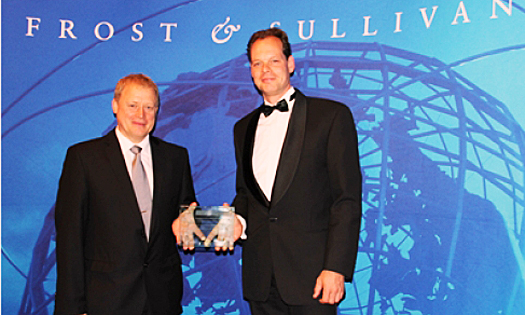 The reliability of the pump is enhanced due to the incorporation of the double walled barrier chambers, which offer protection even when the diaphragm is ruptured. These benefits make the pump quite suitable for applications in solar, chemical processing and ceramic industries. 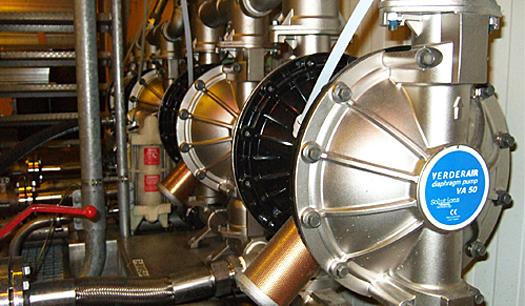 Higher energy savings
Verder’s diaphragm pump was launched after three years of development at the ACHEMA in June, 2012. The primary feature of this pump is that it is a solid pump, which is machined out of solid blocks of material, unlike standard double diaphragm pumps that require casting and have thin-walled pump chambers.

This has nicely enabled Verder to eliminate the stress points that normally occur in the pump chambers when the casting process is carried out.

The pump has a flow rate that is around 30 per cent higher, and enables higher energy savings of around 25 per cent as that of the standard air-operated double diaphragm pumps.

About Verderair Pure AODD pump
The Verderair Pure AODD pump design is praised for the ease of maintenance as the valves are accessible without the need to disassemble the pump during servicing. These benefits, say Verdair, make its Pure air-operated double diaphragm pump suitable for applications in solar, chemical processing and ceramic industries

About Verder
The Verder Group consists of a group of technical production and trading companies all over the world, supplying pumps and pumping systems, mixers, milling and sieving equipment, storage, feeding, conveying, classifying, granulating, odour reduction equipment and industrial tooling.