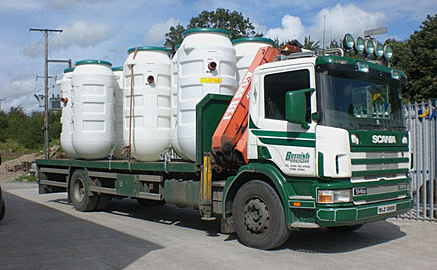 As the site had its discharge to a small stream, it was granted under the condition that the sewage treatment had to meet the strictest effluent standards of 5 mg/l biological oxygen demand (BOD) and 5 mg/l suspended solids (or 97.5% BOD removal). To meet these standards the builder choose the Dutch-Irish IWOX small scale sewage treatment plant. It was the 1.000th IWOX to be installed.

The partnership began with the development of the IWOX-system that has now been delivered across Ireland and into Scotland, England, Greece and France. 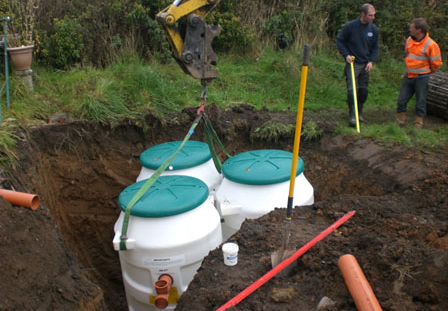 Only one mechanical part
Many STP systems have increased effluent quality of 15 mg/l BOD and 30 mg/l suspended solids. With the development of packed media and rotating disks, discharges of 10/13 are claimed. However this design greatly complicates the system and increases the chance of failures and still has minimal nitrification and no nitrogen removal.

Viltra/DMT has entered the market with a STP which has been engineered based on down scaling WWTP technology. The only one mechanical part used is a robust blower. A sophisticated circulation system equalizes influent flow fluctuations and prevents sludge build up as well as SS wash out in a compact two stage settlement tank.

Designed recirculation and denitrification prevent sludge floatation and ensures the clean effluent of 5 mg/l O2 BOD and 5 mg/l SS. The second stage in the clarifier tank acts as a backup system. The oxidation, as well as the recirculation, are achieved by use of the same blower, reducing the amount of needed energy and mechanical parts.

The original news release was published on the website of DMT.