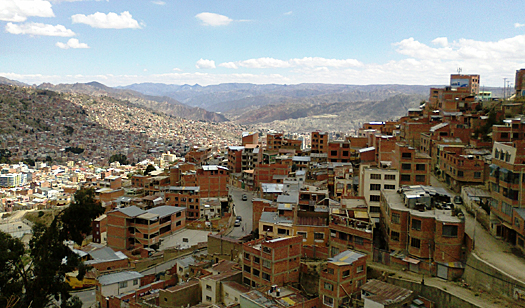 The project will connect approximately 125,000 inhabitants of the Bolivian capital La Paz to the city's drinking water mains. The large differences in altitude of La Paz make this a complex project.

The project is being financed by the Facility for Infrastructure Development (ORIO), a grant scheme operated by the Dutch Ministry of Foreign Affairs.

New settlements along major feeder roads
The population of La Paz and its suburb El Alto has more than doubled since 1985 and growth is likely to continue in the coming decades. People and businesses have settled even on the steep slopes of the Chuquiaguillo district along one of La Paz’s major feeder roads. In this area, differences in altitude exist of a few hundred metres. 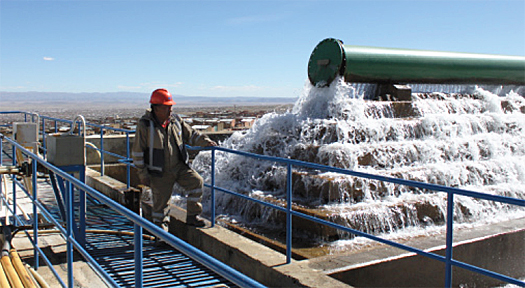 Bridging altitude differences
The source of water for the Chuquiaguillo treatment plant is a reservoir upstream of the nearby Incachaca dam. This reservoir, at an altitude of 4,380 metres, is fed primarily during the rainy season. The supply area is located considerably lower at an altitude of around 3,600 to 4,000 metres above sea level.

Royal HaskoningDHV will examine the impact of climate change on the annual replenishment of the reservoir during the rainy season. A nearby glacier has already disappeared completely. 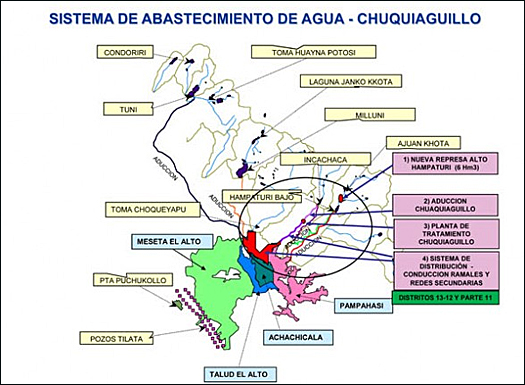 High pressures in the drinking water network
Rik Dierx, project manager at Royal HaskoningDHV, said: "Rainfall greatly determines the availability of water, especially because it's not possible anymore to partially rely on a dependable supply from glaciers. We will need to study the situation carefully. What's more, the water pressures in the main distribution system are extremely high by Dutch standards.

The pressure can exceed a 200-metre water column, compared with between 15 and 50 metres in The Netherlands. This matter obviously requires attention. Fortunately, the La Paz water company is accustomed to having high pressures in the main distribution network."

Additional project work
Royal HaskoningDHV will not only review the preliminary design of the plant and the network, but also examine the social and environmental impacts of the Chuquiaguillo project and advising on its financing.

Together with Vitens Evides International, Royal HaskoningDHV is looking at how the sustainability of project after completion can be secured, and thus a proper level of service to the population can be guaranteed for years to come.

The new drinking water treatment plant is due to supply the first water in 2015.

This news items was originally published on the website of Vitens-Evides International and RoyalHaskoningDHV.