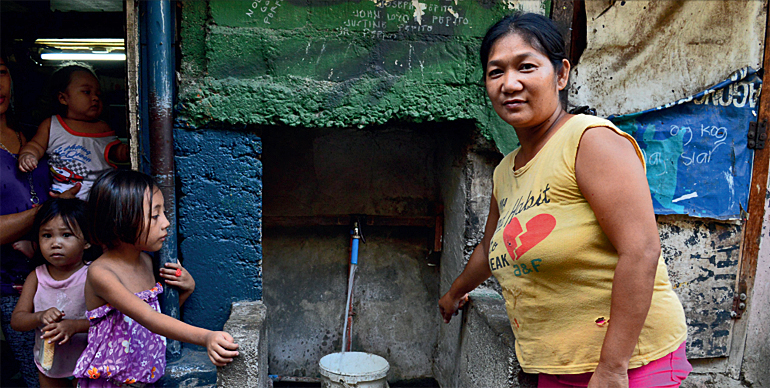 Benefiting from the project’s first phase will be the water districts of Bogo City, Toledo City and Carcar City in Cebu, and Bayawan City in Negros Oriental. Thousands of residents from these four cities will soon get access to clean and potable water.

The four-year phase 1 of the project includes a 9 million Philippine piso grant to each of the four water districts that will contribute additionally 1.2 million piso per year. 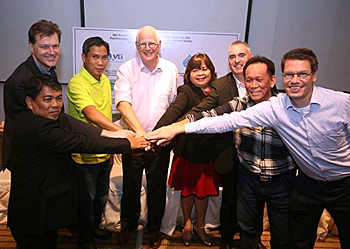 New water connections
According to Philippine Association of Water Districts (PAWD) president Alma Abrasaldo, each of the beneficiary water districts have submitted their project proposals which include the opening of new water connections in their respective areas.

In the hinterland of Bayawan City some 3,000 households will be connected. “These households cannot afford to have new water connections’, said Alma Abrasaldo, general manager of the Bayawan Water District (BWD).

Abrasaldo: “So it’s better if we use the grant for them. We expect this to help reduce mortality cases of people dying due to water-borne diseases,”

Under their agreement, BWD will be reimbursed quarterly by VEI, depending on the number of connections the district has been able to complete in the period.

Better performance
Aside from the new connections, the PEWUP will also include improving the operational and financial performance of the four water districts through exchange of expertise, collective learning, and close collaboration with the PAWD and the Local Water Utilities Administration.

The project’s phase 2, which is scheduled to start on 2022, will include the Metropolitan Cebu Water District (MCWD).

This news item was originally publiushed on the website of Cebu daily news.