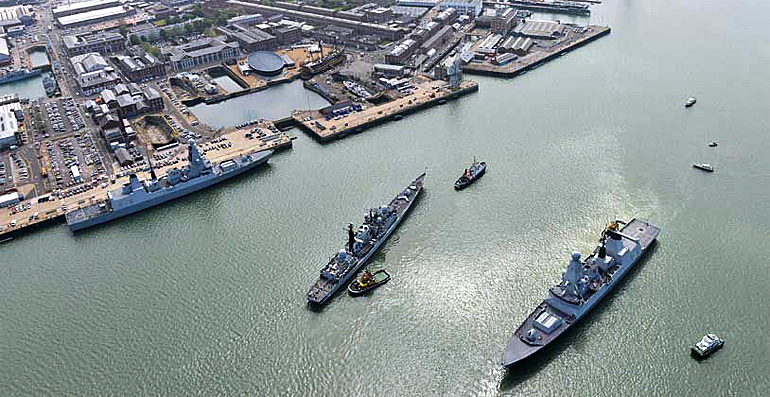 VolkerStevin has been awarded a 34 million pound design and build contract to reconstruct the jetty at Her Majesty's Naval Base Portsmouth to house the new Queen Elizabeth Class Aircraft Carriers.

Naval base Portsmouth will be home to two new aircraft carriers – HMS Queen Elizabeth and HMS Prince Of Wales – the biggest ships ever built for the Royal Navy.

Extended overhang
As a direct consequence of the size and extent of the overhang of the flight deck beyond the vessel hull, VolkerStevin will be executing significant infrastructure improvements to accommodate the ships.

The existing middle slip jetty, originally built in the 1920’s, has seen several modifications throughout the years including an extensive review and refurbishment in the 1970’s. 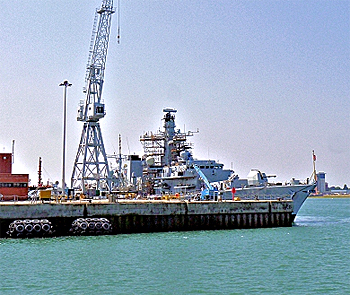 Principal contractor
To ensure the jetty meets the standards required, VolkerStevin is appointed as principal contractor to:
● refurbish and upgrade the existing jetty and berthing facilities, including the provision of fender spacer units and the upgrade of shore side infrastructure
● complete modifications to the jetty face, to accommodate other vessel types
● provide a dedicated high voltage electrical supply, with associated transformation and frequency conversion shore support facilities and connectivity with the ship system
● upgrade and refurbish the existing potable water system
● provide navigation aids, to facilitate safe access into and out of the realigned Portsmouth approach channel and harbour

VolkerStevin is collaborating with Volker Stevin International for delivery and with CH2M HILL for the design of this project.

High profile project
Rob Coupe, managing director for VolkerStevin, commented: "We are very pleased to be appointed for this high profile project by the Ministry of Defence, after successfully completing the construction of a specialist marine facility in Portsmouth in 2012. The project team brings extensive knowledge of successfully delivering technically challenging marine infrastructure projects throughout the world where whole life cost, interface management, reliability and performance is paramount."

Construction on site is set to commence in April 2015 and is expected to be completed in October 2016.

This news item was originally published on the website of VolkerStevin.