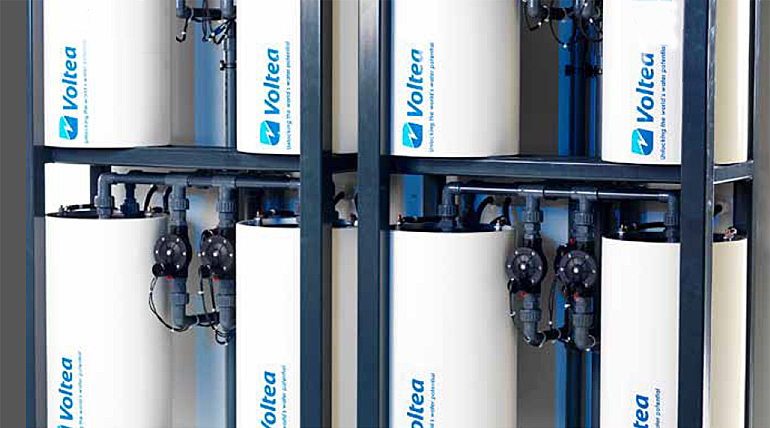 CapDI is a simple and innovative two-step water treatment technology of electrodes covered with membranes, separating water from the pollution. It recovers between 80% and 90% of the water it treats, compared to 50-70% for reverse osmosis.

USA: trimming solution
In the United Sates, Voltea has partnered with American Water Purification (AWPI) to solve a laundry facility problem that before now has seen a series of failures by competing technologies industry worldwide.

"Voltea and their team has delivered a TDS trimming solution that opens the door to an unprecedented opportunity for savings in hot water reuse for commercial laundry facilities", comments Dan Gates, president of American Water Purification (AWPI). 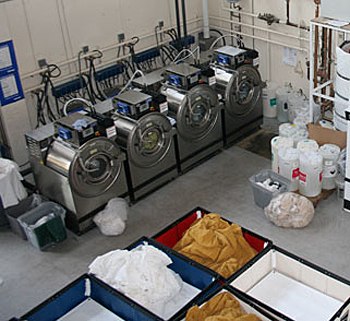 Opportunity for more water reuse
Gates added: "In concert with our AOP reuse system CapDI has the added benefit of further reducing water consumption by more than 50% coupled with savings on reheating the water.

Voltea’s CapDI technology offers us multiple opportunities that we just did not have access to prior to its integration with our systems."

Australia: adressing water scarcity
In Australia, Voltea has partnered with a prominent representative to integrate CapDI into their well-known water reuse system to be applied in commercial laundries.

Australia suffers from harsh water scarcity problems that can be addressed by Voltea, saving millions of litres of water per facility every year.

"Western Australia has seen climate change happen faster and earlier than almost anywhere else on the planet. In the last 15 years the water from rain into our dams has dropped to one-sixth of what it used to be before that," said Sue Murphy, chief executive of the Western Australia Water Corporation.

About Voltea
Voltea has been delivering electrochemical water conditioning equipment to institutional, commercial and industrial customers for over 6 years.

Voltea's CapDI systems remove ions from water using electricity at a lower economic and environmental cost than any other available technology.

Voltea was recognized as one of the 21 Technology Pioneers 2013 at the World Economic Forum, listed in the 2011 Global Cleantech 100 and won the best new technology award at the 2010 Global Water Summit.