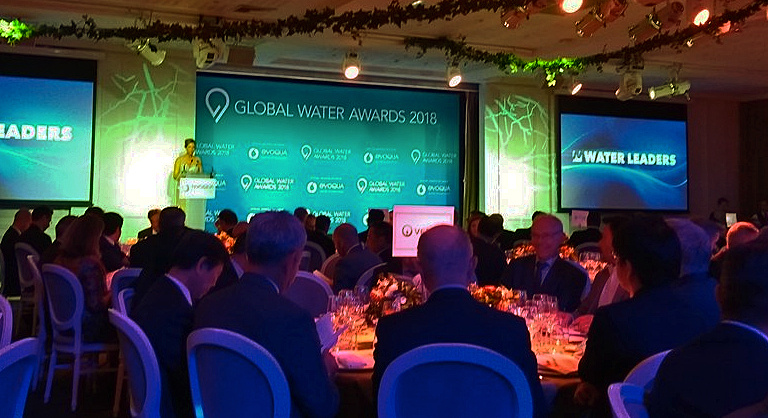 One of the winners of this year’s Global Water Awards is Voltea for successfully commercializing its CapDI desalination technology. Voltea won the award in the category Breakthrough Technology Company of the Year.

The 2018 Global Water Awards were handed out during the Global Water Summit that took place in Paris on 16 and 17 April.

Established in 2006 by Global Water Intelligence, the Global Water Awards recognise and reward those initiatives in the water, wastewater and desalination sectors that are moving the industry forward. 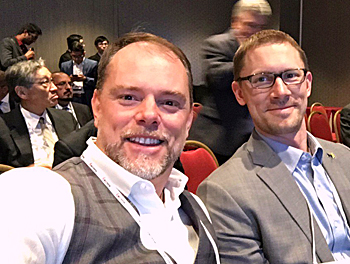 Exciting times for water sector
During the opening ceremony, British TV presenter Claire McCollum, reflected on the development of the water sector in 2017 highlighting the importance of innovations for the transformation of the global water sector to further improve its performance.

“It is an exciting time for the international water industry, with some of the most significant opportunities the water sector has seen in a decade presented on the agenda for this year’s conference. It heralds a new paradigm for the water industry as the arrival of new technologies, businesses and sources of finance are empowering the water industry to rethink the way it does business”, McCollum said.

Breakthrough as a company
2017 was an exceptional good year for Voltea. It saw it’s capacitive deionisation (CapDI) technology take off as one of the most successful alternatives to reverse osmosis in recent years.

Voltea gained significant market traction in the industrial and commercial sectors, with over 100 systems being shipped.

The company also closed a 10 million US dollar funding round to further accelerate its growth, and brought the full capacity of its robotic module assembly plant in Dallas online.

In 2010 the company also received a award at the Global Water Summit but then as a winner of The Water Technology Idol Competition. 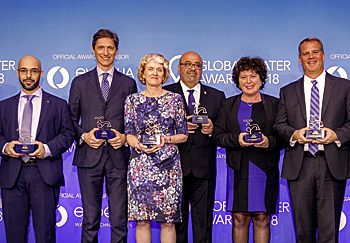 Disruptive technology
“We’re extremely grateful to be recognized by GWI for our disruptive technology, which has transformed the way many industries treat water,” said Voltea CEO Bryan Brister. “Our salt-free, chemical-free technology is being used by some of the top companies in the world for a variety of uses, from cooling towers to point-of-use water treatment for coffee and fountain drinks.”

About Voltea
Supported by multinational Unilever, Voltea started in 2006 to develop its capacitive deionisation (CapDI) desalination technology in the Netherlands.

Last year Voltea opened its production facility in Texas, USA about 18 and now has about 30 local employees and continues to grow.

Its CapDI technology recently outperformed RO and electrodialysis at a municipal pilot in Colorado, potentially paving the way for a full-scale contract involving a 18,168m3/d plant.