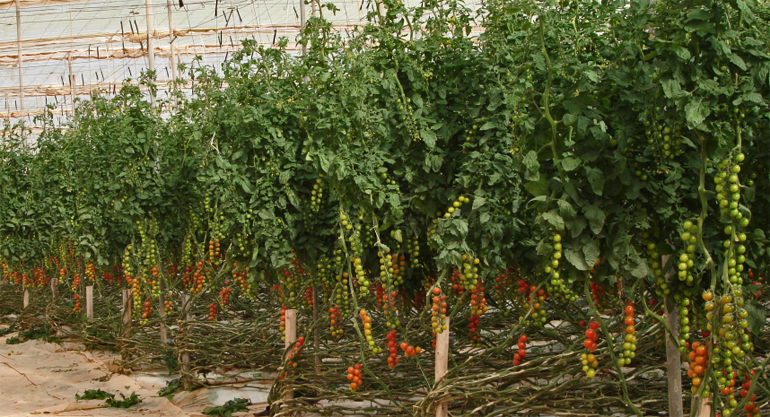 Researchers of Wageningen University, the Netherlands, have designed a demonstration greenhouse that can potentially double the tomato production in Agadir, Morocco. The building of the greenhouse is now being tendered.

The demonstration greenhouse will show Moroccan farmers the differences between current local cultivation techniques and the effects of innovations and technologies that will increase production and sustainability.

One of the first tests will be the measuring of water and nutrient use in open and closed irrigation systems. 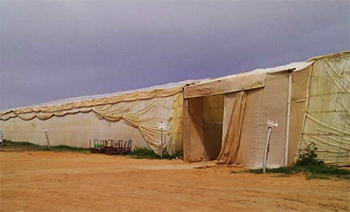 Most common in the Agadir region are Canarian greenhouse with very limited possibilities for management of ventilation and water use.

Reduction of water use
The project involved economic as well as plant researchers of Wageningen University, including Cecilia Stanghellini (plant research) and Marc Ruijs (economic research) who recently designed the demonstration and research greenhouse and started working on a research and education programme.

“In Morocco the tomato production can be improved in terms of quantity and quality. The latter is important for the export to Europe. Because of increasing drought it is also essential to reduce water use,” says Cecilia Stanghellini of Wageningen Plant Research who is an expert on greenhouse technology and energy and water use reduction.

Stanghelli expects that the tomato productivity in Agadir can easily be doubled from 15 to 20 kilo tomatoes to 40 kilo per square meter. 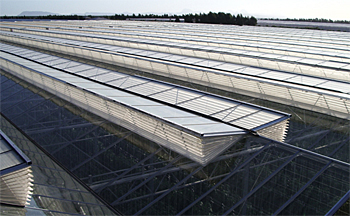 Example of a greenhouse in the Netherlands with double continuous roof vents implemented with a concertina type anti-insect screen.

Small steps
The key region for tomato cultivation in Morocco is Agadir. “There are some big tomato producers in Agadir who export tomatoes to Europe, and many small and middle-sized producers who mainly produce for local markets,” says Marc Ruijs of Wageningen Economic Research.

“It is about small steps, for most producers a low cost strategy works best. The investments are not big but nevertheless will lead to an improved and more sustainable production,” adds Ruijs.

Crops on substrate
Stanghellini continues: “Producers need to switch to closed irrigation systems that allow for drain water to be reused. Therefore they will need to cultivate their crops on substrate instead of ground.”

“We did this in Italy before and farmers could see for themselves how much they could save on fertilizer with a closed system. When farmers realize that they will earn their investment back in a couple of years, they have an incentive,” Stanghellini says.

The Association of vegetable and fruit producers and exporters in Morocco (APEFEL) is involved, as well as the agricultural counsellor of the Dutch embassy.

The project is financed by the Dutch Ministry of Foreign Affairs through RVO, the Netherlands Enterprise Agency.