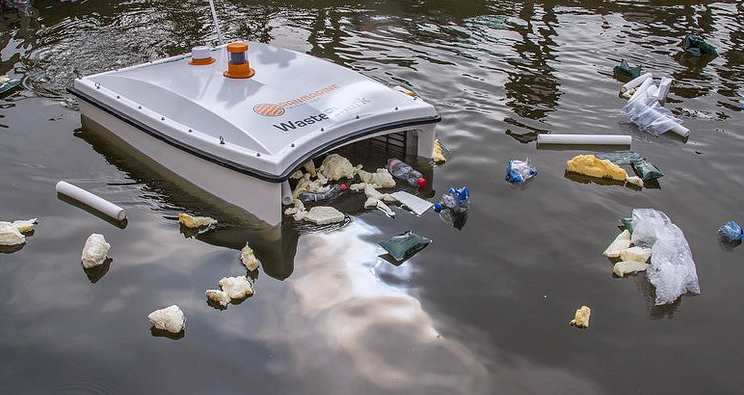 World Wildlife Fund and Sky Ocean Rescue launched the marine robot WasteShark for the first time in the UK. In the harbour of Ilfracombe the WasteShark cleared the harbour of floating plastics and other waste on 3 March. The robot can operate autonomous for 8 hours on a rechargeable battery, with the capacity to collect over 15 tonnes of waste per year.

The WasteShark is created by RanMarine Technology, specifically to eat waste and collect data. 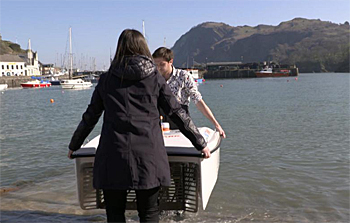 First time for the marine robot WasteShark to operate in the United Kingdom.

Collecting waste in the harbour prevents damage to the immediate area and from plastics being taken out to sea by the tide and threatening the important wildlife in surrounding MPAs.

UK’s first
It is the first time that a WasteShark has been used in the UK, following successful launches in five countries, including South Africa, Dubai and the Netherlands.

The WasteShark is designed to be harmonious with the environment. As it navigates the water the WasteShark emits no carbon, produces no noise or light pollution, and poses no threat to wildlife.

This news item was originally published on the website of WWF UK.

Video on how the WasteShark skims water and picks up litter in a harbour.