By looking at a watershed as a whole - beyond national borders - water diplomacy can be a game changer in water-related conflicts. Knowledge about the often complex hydrology of a whole river basin in combination with mediation, can lead to a better understanding of water as a resource and the often competing interest between parties.

This was repeatedly heard during the opening plenary of the Water Security and Peace Conference in the Peace Palace in The Hague on 14 and 15 November 2013. The conference is one of this year's events to mark the centennial anniversary of the Peace Palace.

The conference is organized by the Water Diplomacy Consortium consisting of five partners: The Hague Institute for Global Justice, UNESCO-IHE Institute for Water Education, UPEACE Centre The Hague, Clingendael Netherlands Institute of International Relations and the Water Governance Centre. 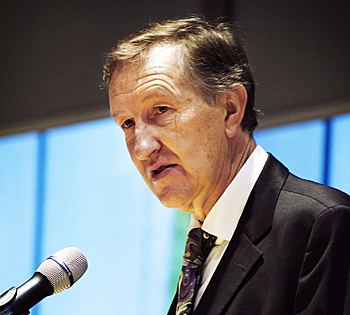 "For open access to water it is important to prevent conflicts over water resources. It is better to cooperate and jointly maintain a water resource, instead of fighting over disputes", Van Schaik said.

Key in preventing and solving conflicts is objective fact-finding and trust-building between stakeholders. 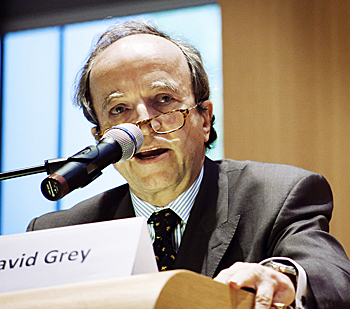 Enough rainfall, poor infrastructure
Professor David Grey of the Oxford University stated that in most areas there is enough rainfall to meet the fresh water demand. What is the problem, he asked rhetorical. "Certain areas have only a few heavy rain showers per year. So if such a shower holds off, it can have an immediate impact on the availability of fresh water." According to Grey one third of the world population lives in river basins at risk. "Often the hydrology is complex, little data is available, the governance is poor and the infrastructure is poor. Many countries cannot manage their rivers."

Nevertheless Grey was optimistic. "I see more trained - mostly here in the Netherlands - water managers trying to start a dialogue between countries. For instance Egypt, Sudan and Ethiopia talk on sharing the water of the Nile river. Doing so they have to argue, share data and align their interests. That is hopeful." 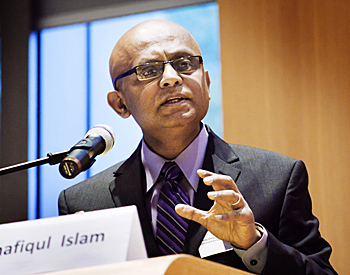 Negotiations on water rights
Professor Shafiqul Islam of Tufts University (USA) warned the audience that water resource management is not only about science and technology. "It has also to do with the right to water. The allocation of the water resources to the users has to be negotiated. Science can help to develop the necessary tools to do this more efficient."

Islam emphasized the importance of flexibility. "No one knows how much water is really available next year. In the case of Jordan, for instance, it has been suggested to allocate a fixed amount of fresh water to this country, while the surrounding countries receive less in the case there is less rainfall."

The opening plenary made clear that negotiations on water rights is a continuous process that never ends. Inevitably these negotiations get more intense as water demand increases in coming decades. Pavel Kabat forecasted an increase of fresh water use from 4000 km3/year in 2000 to 5250 km3/y in 2020. He expected a sharply increase especially in Asia because of population growth.

A second news item on the outcome of this conference will be published on this website later this week.

Recording of the opening session (more videos on TV WaterChannel)

Talking passionately about the ability to solve water-related conflicts was professor Aaron Wolf of the Oregon State University.