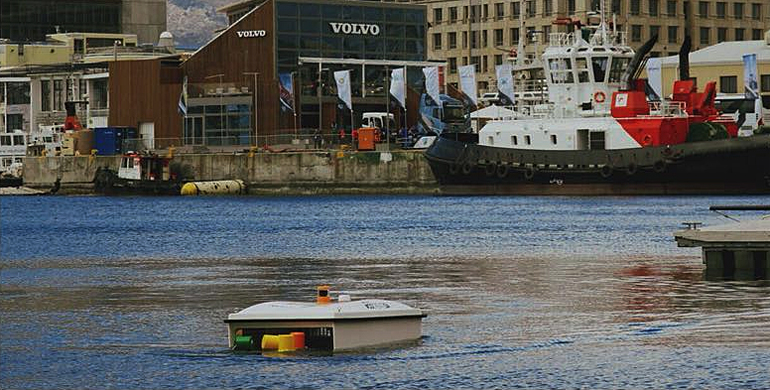 At the second stopover of the round-the-world sailing Volvo Ocean Race, three Dutch water drones were successfully presented by Indymo, RanMarine and AquaSmartXL in the marine harbour of Cape Town, South Africa.

The presentations coincided with a trade mission of Dutch startups to South Africa, and with several festivities, such as the Ocean Life Festival to raise awareness of the economic potential of oceans for South Africa.

The festival included a workshop with young South Africans to design new products made of plastic waste that has been collected from the nearby beach. 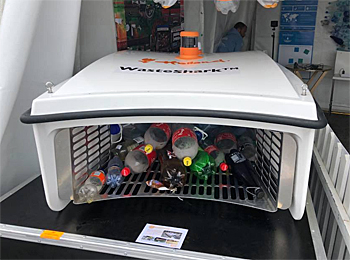 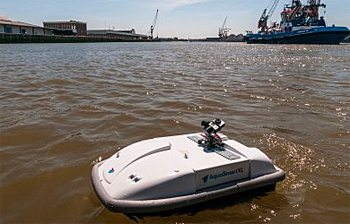 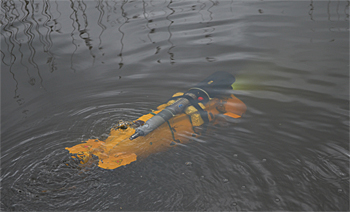 Three drones
In the marine harbour, Dutch startup RanMarine demonstrated its WasteShark (top photo) picking up plastic and other floating, non-degradable waste from the water surface.

The battery-powered drone is remote-controlled and equipped with sensors to give feedback on water quality, weather and depth of the harbour basin to authorities.

Visual inspections
One of the two other drones presented at the Volvo Ocean Race stopover was the AquasmartXL drone, which is equipped with a camera.

The drone can be operated by a port authority to make all kinds of visual inspections to confirm, for instance, damaged infrastructure, suspicious ship movements and illegal unloadings.

The third company to show the latest drone technology was Indymo. This company has developed a variety of underwater drones that can monitor water quality and aquatic ecology.

Using different types of sensors and cameras, it can accurately map water pollution and its effects in time and space.

Additionally, the drone can be used for underwater inspections of harbour infrastructures and other underwater structures up to 30 meters in depth.

South African pilots
Indymo reported that, as a result of the presentations at the stopover, pilots will be conducted to monitor water quality and to do inspections of (underwater) infrastructure, together with AquaSmartXL and RanMarine, as well as with South African universities. 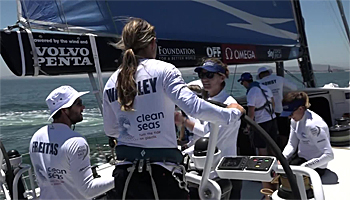 Turn the Tide on Plastic skipper Dee Caffari (wearing sunglasses) and her team on their way from Cape Town to Melbourne.

Final stopover in The Hague
The Volvo Ocean Race fleet left Cape Town on 10 December for its third leg, which will bring the teams to Melbourne, Australia, just before the new year.

The seven teams started the world race on 22 October in Alicante, Spain and after 11 legs they are expected to arrive at their final destination of The Hague, the Netherlands late June 2018.

One of the seven participating teams is ‘Turn the tide on plastic’, with skipper Dee Caffari. It has a crew of young sailors, supporting the United Nation’s campaign on clean seas.

At the final stop in The Hague, the congress 'The Future of the Oceans' will be held on 29 and 30 June. It ends a series of congresses held throughout the Volvo Ocean Race, looking for answers to questions such as 'How should we deal with our oceans?'. To begin with, we need a solution to the major pollution caused by floating plastic.