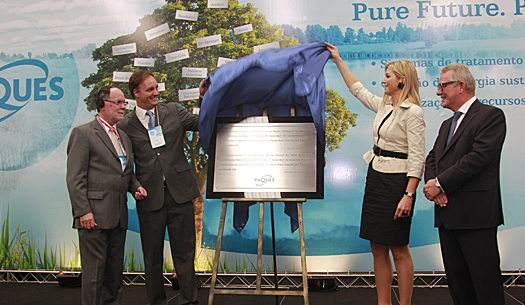 On 21 November, Her Royal Highness Princess Máxima of the Netherlands, opened the new production facility of Paques in Brazil, Paques Brasil Sistemas Ltda Brazil tratamento the Efluentes in Piracicaba.

In addition to the official opening, the Princess watched the new manufacturing and gather information about the biological treatment technologies for wastewater and gas.

Specialized in anaerobic water treatment
The new Paques Brasil is the third production facility of the Dutch company. The other two are in the Netherlands (Balk) and in China (Shanghai).

In recent decades the company has specialized in the purification of water and gas based on biotechnology.

With these technologies it has helped companies and governments to meet one of the greatest challenges of our contemporary society: reducing the water and CO2 footprint and recovering valuable resources from waste (water) flows.

Material recovery with biotechnology
Rob Heim, CEO of Paques (photo right): "Brazil is one of the largest economies in the world and the largest in South America, a key market for Paques. Paques Brasil responds to the industrial developments in the continent and the increasing interest in application of biotechnology and the recovery of raw materials. From the establishment in Piracicaba, the company the entire Latin American market work. "

Sérgio Ramos da Cruz, General Manager of Paques Brasil (photo second left): "The new founded Paques subsidiary will be able to reach the entire Latin America. We will deliver the complete range of technologies aimed at the removal of organic material, ammonium, nitrate, phosphate, sulfate and heavy metals with the benefit of allowing the reuse of sub products and the generation of green energy."

Over 1700 treatment plants worldwide
Headquartered in the Netherlands, privately held Paques employs about 400 employees in four countries on different continents. With over 1700 installations worldwide. 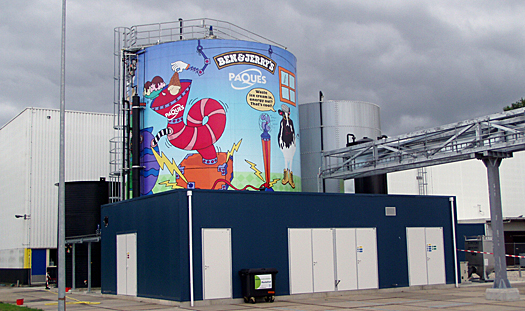 Emil Sandstra explains the development of the new Biopaq AFR technology to produce biogas from the waste water of a Ben & Jerry's ice cream factory with high concentrations fat cream and syrup. The high concentration of organ allows a biogas production to cover 40% of the power consumption of the whole factory.