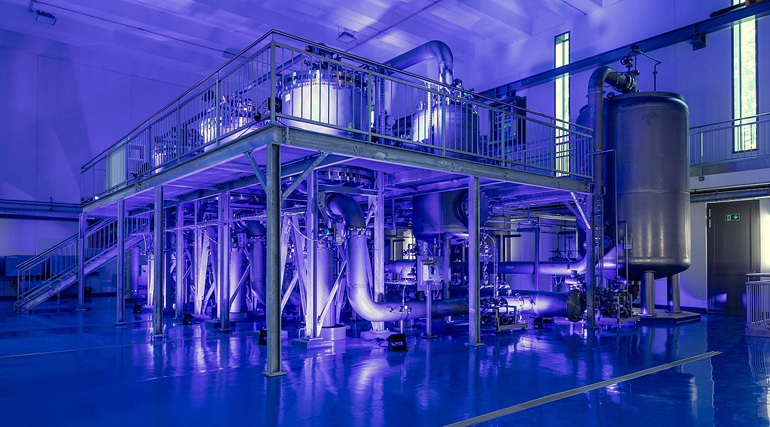 The first water treatment plant in Switzerland using PWNT’s CeraMac system was officially opened at Quellwasserwerk Sonnenberg on the 19 October.

The plant is commissioned by Swiss water utility Energie Wasser Luzern (EWL), a utility provider in the city of Lucerne (Switzerland) that supplies electricity, natural gas, heat, water and telecommunication.

Designed by H2U, the fully-automated plant is constructed by KG as the principal contractor. 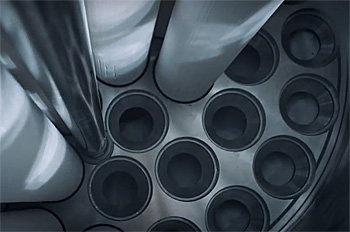 Placing of the ceramic membranes in the special designed vessel.

Drinking water security
For Stephan Marty, Chairman of the Executive Board of EWL, the opening was a special moment: ‘Ensuring the supply of water to the people of Lucerne in an efficient and sustainable manner is a responsible task. We have invested around 28 million Swiss Francs and we overcame some challenges during the project.’

Joke Cuperus, CEO of PWN and interim CEO of PWNT water technologies: ‘We are very proud that EWL has implemented our CeraMac technology in their Quellwasserwerk Sonnenberg facility, being the first one in Switzerland'.

At Quellwasserwerk Sonnenberg, the raw incoming water flows by gravity through three C-37 CeraMac vessels to treat up to 30 million litres of high quality drinking water, without the use of chemicals.

Each C-37 vessel has 37 ceramic membranes, supplied by Japanese company MetaWater, with very fine pores of 0.1 microns to clean water while maintaining its minerals.

The plant is one of the first full scale drinking water plants to use ozone combined with ceramic membranes, to provide improved productivity and enhanced total disinfection.

This news item was originally published on the website of PWNT water technologies.

Video on the use of CeraMac-technology for the production of drinking water at Sonnenberg Wasserwerk, Luzern, Switzerland.