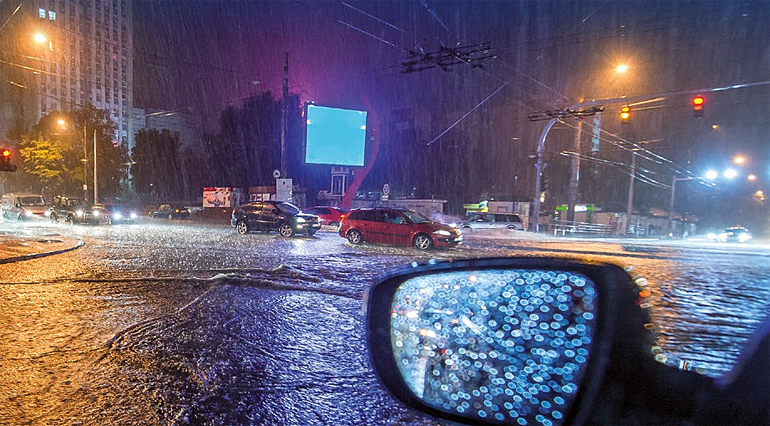 Supplier of plastic pipes Wavin published a toolkit and a white paper that gives insight into how city leaders, planners, designers and community members can lessen the impact of urban flooding on their cities.

Wavin calls for an ‘Urban storm water resilience movement’ to address surface water gathering in abnormal quantities as a result of heavy rainfall.

Wavin is a Dutch-based manufacturer of plastic pipes and systems and is part of the global pipe system supplier Mexichem.

Huge urban issue
According to Wavin, more needs to be done to educate the public and make sure urban spaces can cope with excessive rainfall and subsequent flooding.

Geertjo van Dijk, European Product Manager Stormwater Management at Wavin, says: ‘Flooding is a huge issue in urban areas across Europe and one that we are forced to address in new ways every single year.’ 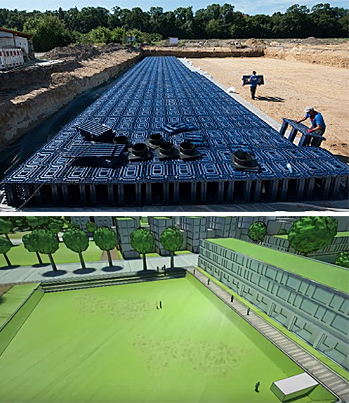 Wavin is involved in the construction of an underground stormwater storage system (top) in Wolfsburg, Germany. The construction will eventually be invisible, underneath a green space (below).

Cooperative effort
‘Gone are the days when managing flooded areas in cities was limited to selecting the right drainage system to get rid of the excess water. Today, a lot of factors need to be taken into account, including the long term impact of any such process on infrastructure and surrounding communities’, Van Dijk adds.

Because of its complexity, Van Dijk believes the issue cannot be left to just the government, municipalities, environmentalists or urban planners.

‘Putting an infrastructure in place to prevent urban flooding has to be a cooperative effort, as well as an individual effort. We – each of us – must make it our personal responsibility to adapt to climate change’, he advocates.

‘The public can help by being strong ambassadors of managing excessive rainfall or flooding in their neighbourhoods. One way of doing this is attending city planning meetings, and most importantly, speaking up and being heard', Van de Ven endorses.

According to Wavin, its toolkit and white paper comes as Europe braces for what promises to be an active flood season filled with torrential rainstorms that have the potential to cause large-scale damage to urban infrastructure. 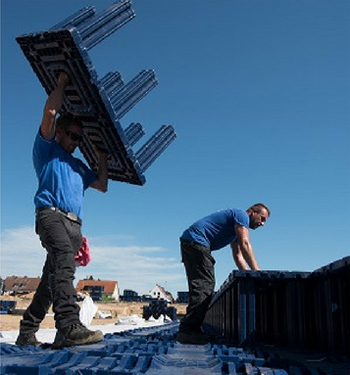 Ten solutions
To get the conversation going, the toolkit presents ten possible solutions:
#1 Create a ‘sponge city’
#2 Green rooftop gardens
#3 Create flood plains and overflow areas for rivers
#4 Separating rainwater from the sewage system
#5 Install water infiltration and attenuation systems
#6 Keep the sewer system clean, so it can do its job
#7 Sustainable drainage: permeable pavement, sidewalks and gardens
#8 Hope for the best, but plan for the worst
#9 Improve flood warning mechanisms
#10 Take action!

About Wavin
Wavin is a leading supplier of plastic pipe systems and solutions. It provides innovative solutions for above and below ground projects in the following application areas: stormwater management, heating and cooling, water and gas distribution, waste water drainage and cable ducting.

Wavin has a direct presence in over 25 countries with 30+ manufacturing sites, mostly in Europe. In 2012, Wavin became part of Mexichem, one of the biggest producers of plastic pipes and connections worldwide and one of the largest chemical and petrochemical companies in Latin America.

This news items was originally published on the website of Wavin Group.