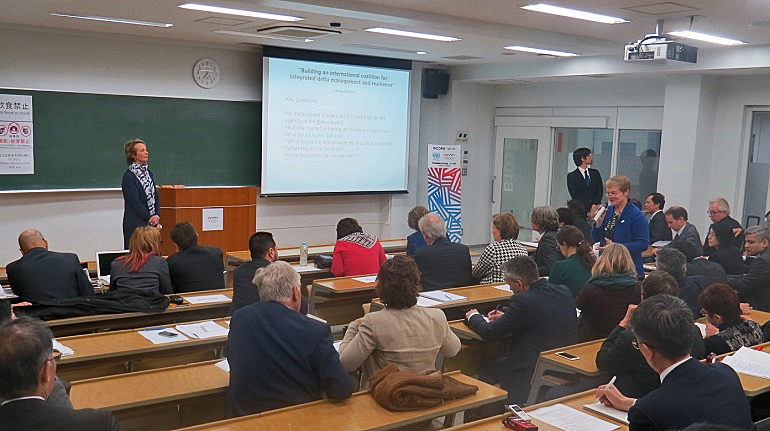 Three countries announced their intention to form a coalition for a global advocacy for large delta areas. The new initiative was discussed at the UN World conference on disaster risk reduction on 16 March.

The tentative name is Delta coalition and the launching countries are Colombia, Japan and the Netherlands.

Well-attended event
During a well-attended side event the parties discussed the objectives and potential added value of the coalition. Surprisingly many more countries attended the side event and showed serious interest to join the coalition, such as Vietnam, the Philippines and Indonesia. 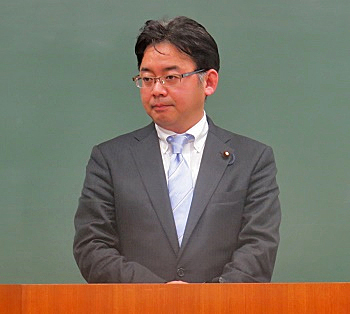 Vice-minister Kenichiro Euno remarked that river deltas are often the most important areas of a country..

Vulnerable and valuable
Parliamentary vice-minister Kenichiro Euno of Land, infrastructure, transport and tourism of Japan, pointed out in his opening remark that river deltas often are the most important areas in a country.

In Japan 50 percent of all people live in flood plains and 75 percent of the national GDP is generated here, he said. The conditions are harsh and climate change is making it worse.

Euno: “We have inherited levees and drainage tunnels from our past generation but we have new challenges ahead. Therefore we must mobilize all capabilities available and organize a support to nation. Japan is determined to promote disaster risk reduction measures and offers its knowledge”. 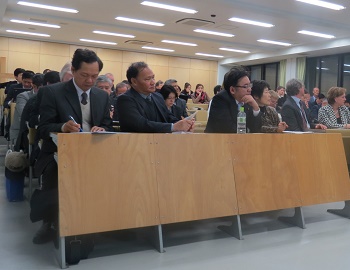 Next step
During the side event potential objectives were explored. The initiators announced a follow-up event during the World Water Forum in Korea in April.

Koos Wieriks of the Dutch ministry of infrastructure and the environment reacted enthusiastic on the outcome of the event: “I am very happy that our idea yielded so many positive responses. The event clearly showed there is a need for countries with large river deltas to present themselves jointly. This makes us more excited for this initiative. Dutch minister Schultz van Haegen will take the next step at the World Water Forum and get the coalition started”.