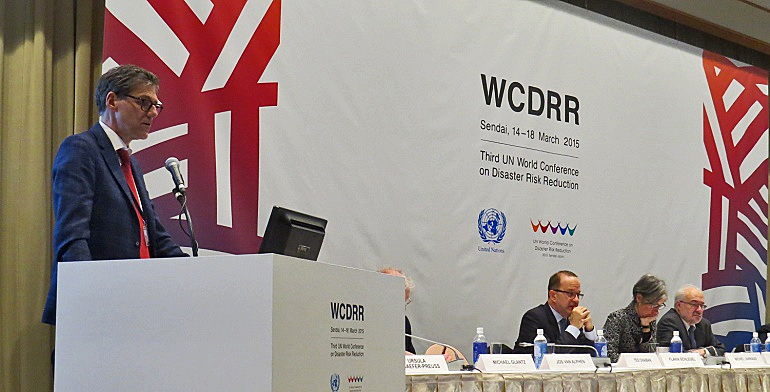 “Call it a IWRM 2.0. A risk-based integrated water resource management matches perfectly with disaster risk reduction”, assured Jos van Alphen, special advisor of the Dutch delta commissioner. Van Alphen gave a key note at the IWRM working session of the UN World conference on disaster risk reduction in Sendai, Japan on 15 March. According to Van Alphen Vietnam is a good example of such a combination.

Pervaiz Amir of the Global Water Partnership raised the idea to turn floods into opportunities by using the excessive amounts of water to combat desertification. He mentioned Pakistan as an example.

Very important year for IWRM
The working session was opened by director Michel Jarraud of UN Water. He emphasized the importance of the UN World conference in Sendai as the first in a series of major global meetings this year.

Jarraud: “It is a critical time because this year the global policies will be settled for the next 15 years. Here in Sendai on disaster risk reduction, in New York on sustainable development goals and in Paris on climate adaptation”.

He pointed out that at all three occasions, water plays an important role. In the case of disasters, floods and droughts are most frequent occurring. Together with windstorms they account for almost 90% of the 1,000 disasters since 1990. 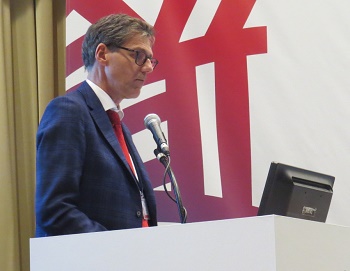 Risk-based IWRM
Flood risk reduction and IWRM have in common that both concepts operate on a catchment scale where, in time, there can be too much and too little water, Van Alphen explained in his key note.

To counter flood hazards, he advised to develop a long term perspective. That brings stability and it provides an opportunity to develop less expensive alternatives. As examples he mentioned the reforestation of coastal zones with mangroves and beach nourishment to keep in pace with sea level rise.

New role for social media
Van Alphen also draw attention to social media. “That will become more important, especially in the first few hours after a disaster struck and external aid has not arrived yet”. He gave the example of Brisbane in Australia where the local authorities made a Facebook page immediately after the flooding in 2011. “On the first day it had 110.000 visitors”.

Balancing different options
The difficulty of risk-based IWRM is to find a balance in all different options, such as hard, engineered measures such storm surge barriers versus soft natural measures such as reforestation. According to Van Alphen the recently adopted Mekong Delta Plan is a good example of a well balanced approach, incorporating climate adaptation and sustainable agriculture. The plan reduces the flood risk but allows controlled flooding. The salinity lines are followed for the location of rice and fish farming. “The plan allows a broadening up from the single shrimp farm”, he added. 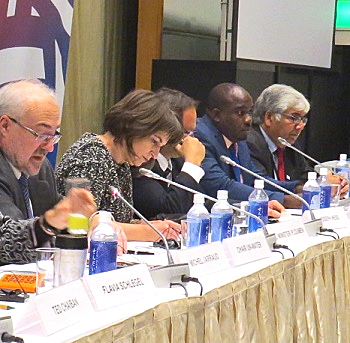 Floods as an opportunit.
Pervaiz Amir of the Global Water Partnership went a step further and suggested to turn floods into opportunities to bring water to arid areas. “In my country Pakistan we recently had many extreme floods and droughts. Politicians loved it because of the media attention for them. But as experts we looked to the grassroots of the disasters”.

Amir told that Pakistan has studied the possibility to use the water to combat drought. “Last year we have been able to channel the flood waters coming in from India through to dry areas. We are now studying the possibility to use the flood water to combat desertification”. He explained that the Pakistani deserts are located next to the river delta.