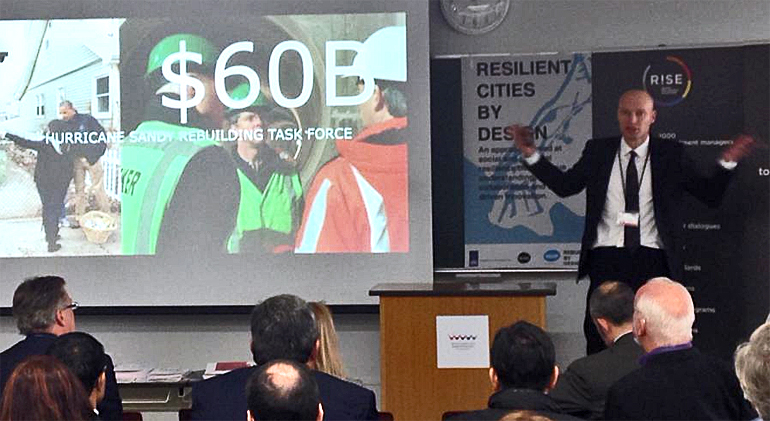 Henk Ovink made his debut as international water envoy for the Dutch government at the UN World conference on disaster risk reduction in Sendai, Japan. He spoke during the working session on resilient cities, organised by the R!SE Initiative on 17 March.

Ovink warned not to put too much emphasis on developing more frameworks. “Making cities more resilient is immense complex. When you make an urban resiliency plan the situation has already changed before the plan is finished. Therefore my advice is to embrace the complexity. Use all the intelligence that is available to incorporate as much flexibility as possible in your plans”, he said giving a remarkable twist to the abstract issue.

The call for ideas generated an unprecedented series of innovative urban designs. Seven of which are now under way via 930 million dollars in US Federal funding. As Dutch water envoy, Ovink has been appointed to share his experiences internationally. 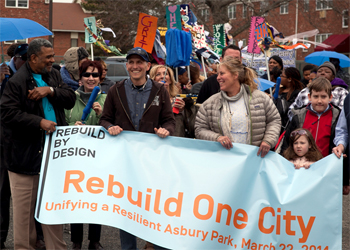 Rebuild by design involved over 500 organisations, including many local communities.

During the World Conference in Sendai it took the opportunity to get its message across the globe and showed several of its projects that are already under way, including the development of a scorecard to measure progress of making a city more climate proof, an insurance development fund for education programmes and a method to assess global risk trends. 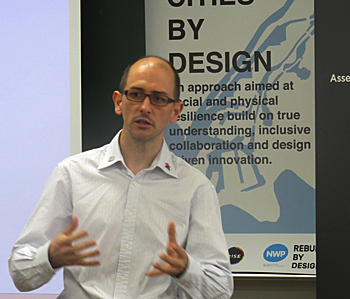 Coordinator Scott Williams of the R!SE Initiative advocated to be more honest in communcation on the risks of natural disasters.

Be honest in communication of risks
"The patient is ill", Scott Williams said, one of the coordinators of the R!SE Initiative. "Every time there is a disaster the patient hypes. It is a horrendous post traumatic stress symptom. We need to get the hype attitude before the disaster", Williams added.

An essential element for the patient to cure is to be honest about the risks, Williams assured. "We have to make risks more visible. Be more honest about the possible effects of natural disasters", he advised.

Ministry of Environment and Infrastructure
The Hague, the Netherlands
koos.wieriks@minienm.nl