From 14 - 18 March the Third UN World Conference on Disaster Risk Reduction took place in Sendai City, Japan. Main issue on the agenda was the adoption of the second Hyogo Framework for Action (HFA2 2015-2030) for a global policy to reduce the damage by natural disasters.

Japan’s special relationship with global disaster risk reduction gave the world conference a strong input, leading to the final adoption of the agreement on 18 March.

One of the main issues for the Dutch delegation was the reduction of flood risks by prevention and preparedness.

The World Conference was attended by over 6,500 participants including 2,800 government representatives from 187 governments. The Public Forum had 143,000 visitors during the five days of the conference making it one of the largest UN gatherings ever held in Japan.

Below a photo impression of some of the Dutch related contributions to the overwhelming 400 events that took place in just five days. 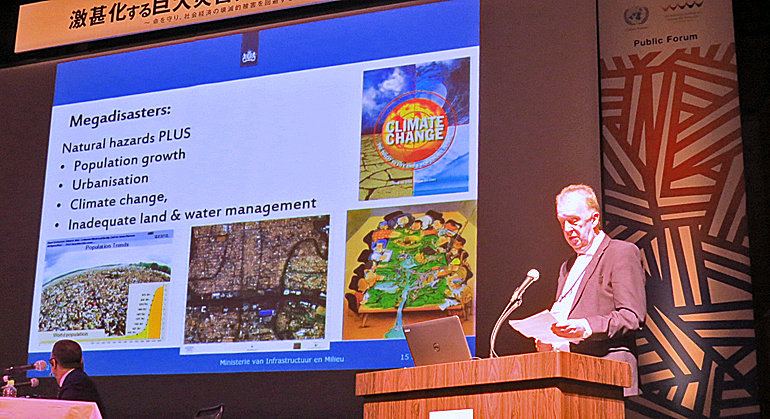 Koos Wieriks of the Ministry of infrastructure and the environment presented the recently adopted long term Dutch policy on flood risk reduction during the working session Lessons from mega disasters. 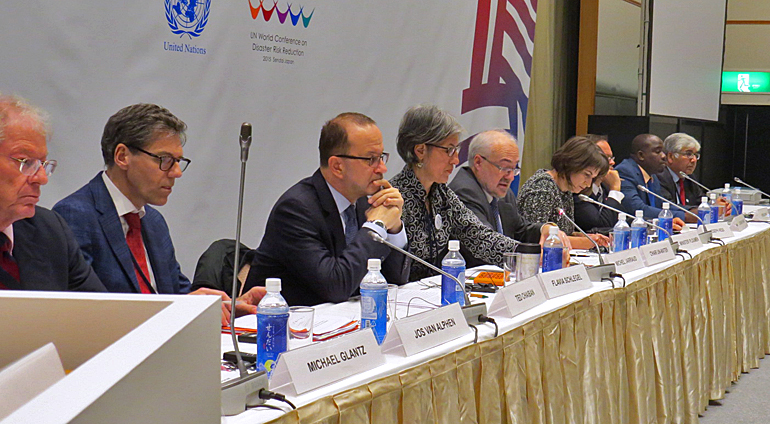 Jos van Alphen (second left), also of the Ministry of infrastructure and the environment, gave a key note during the working session on Integrated water resource management (IWRM). He suggested a risk-based IWRM. 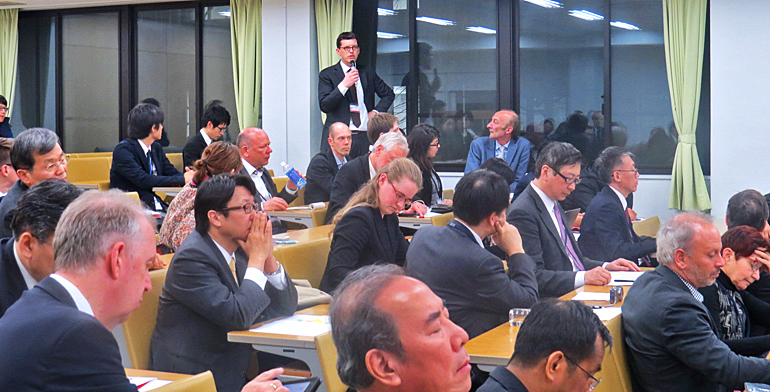 Mathijs van Ledden of Royal HaskoningDHV urged the Delta coalition to take on board the private sector during the well attended side event on the initiative to form a partnership by countries with large river deltas. 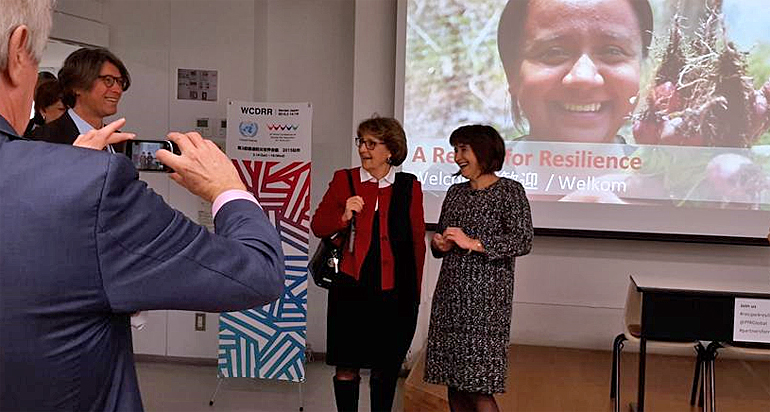 Dutch princess Margriet (left) and minister Lilianne Ploumen (right) attended many working sessions including the one organized by Partners for resilience on a smart community based DRR-approach combined with climate adaptation. 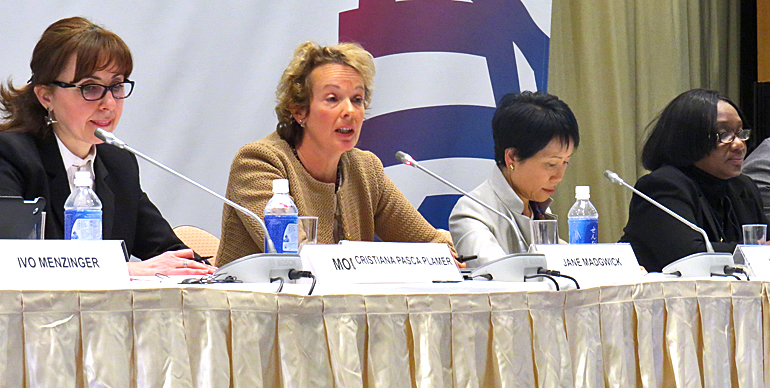 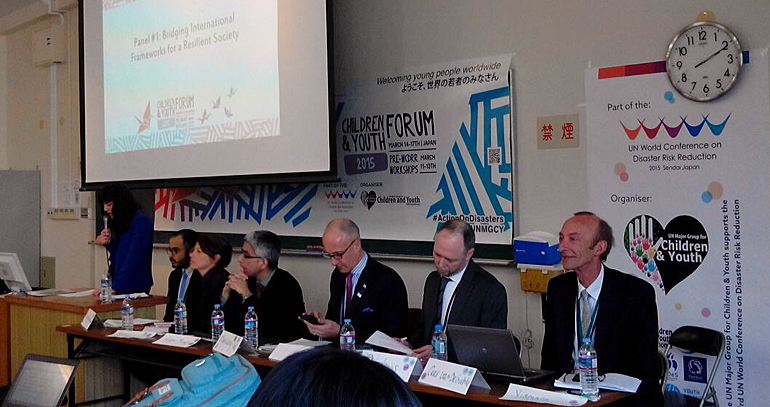 Cees van de Guchte (right) of research institute Deltares participated in the Children and Youth Forum to pass on his experiences to the next generation decision makers on disaster risk reduction. 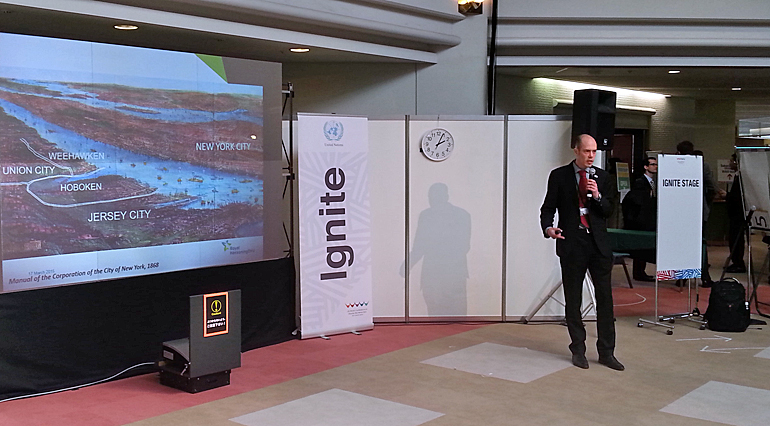 Nanco Dolman of consultancy firm Royal HaskoningDHV took the stage and gave a 15-minute presentation on resilient cities, especially on the much-praised urban landscape design by his firm for a flood proof city of Hoboken, New York. 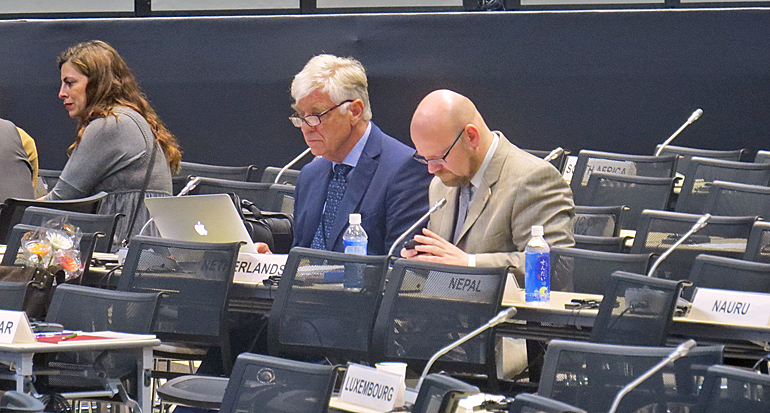 Sjef IJzermans (left) and Maurice van Beers (right) of the Dutch delegation that had a hard time negotiating with the G77-countries on the final text of the Sendai agreement. The final ceremony of the conference had to be postponed 12 hours as the last draft version passed only after fierce negotiations. 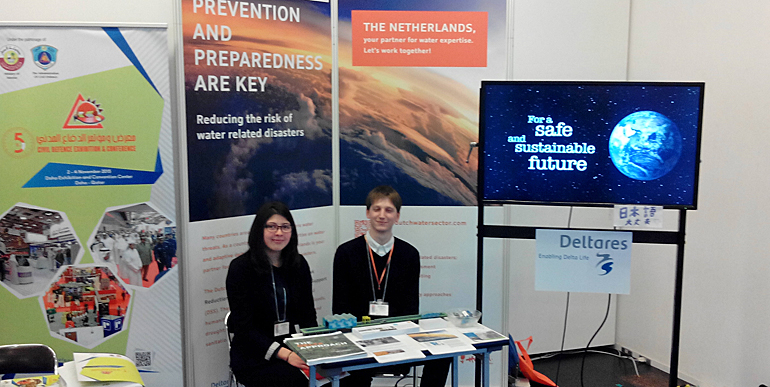 Throughout the conference there was much attention for vulnerable groups, especially disabled people. The final Sendai agreement states that DRR-plans should be tailored to specific requirements for disabled persons.