During the UN World conference on disaster risk reduction in Sendai, Japan, Dutch princess Margriet and Dutch minister Lilianne Ploumen of Foreign affairs and development cooperation visited the remains of the nearby Arahama elementary school on 16 March.

Both princess Margriet (second left on top photo) and minister Ploumen (second right) participate in various high level events at the conference, addressing the urgency to reduce the number of fatalities and economic damage by natural disasters. The conference aims to agree on a new post 2015 framework for disaster risk reduction.

On the occasion of the conference the princess and minister made a field visit to a coastal district that was completely flushed away by a 2 meter high tsunami surge four years ago.

They were accompanied by the mayor of Sendai, Emiko Okuyama (right). 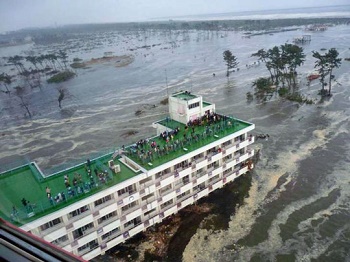 Four years ago 300 people were rescued from the roof top of the Arahama elementary school in Sendai's coastal ward.

The iconic building was world news four years ago, as 300 people, including many children had fled to the roof of this school and were rescued with helicopters. The surge reached the ceiling of the second floor.

The remains of the Aramhama elementary school have been preserved just after the tsunami. The building will not be restored, preserving best the overwhelmingness of the tsunami.

Both princess Margriet and minister Ploumen said to be impressed by the emptiness of the large area. Without any houses and only a few trees. They said to be surprised by the enormous impact, given the fact that the people in the village were prepared for evacuation. 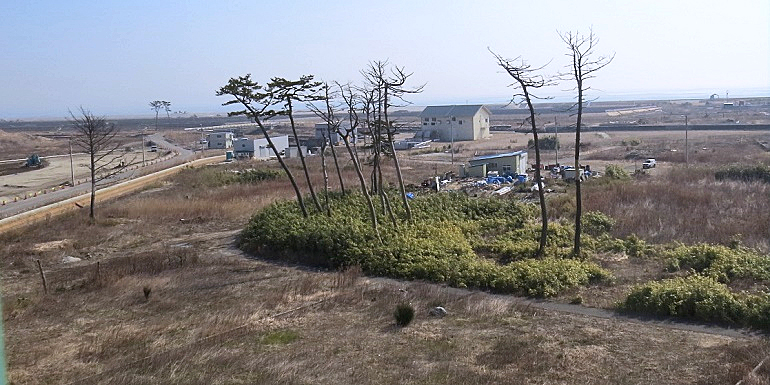 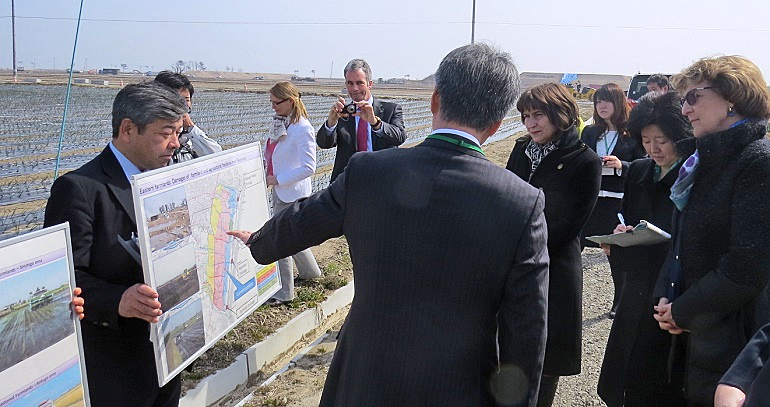 A news report on the field visit by the Japanese media