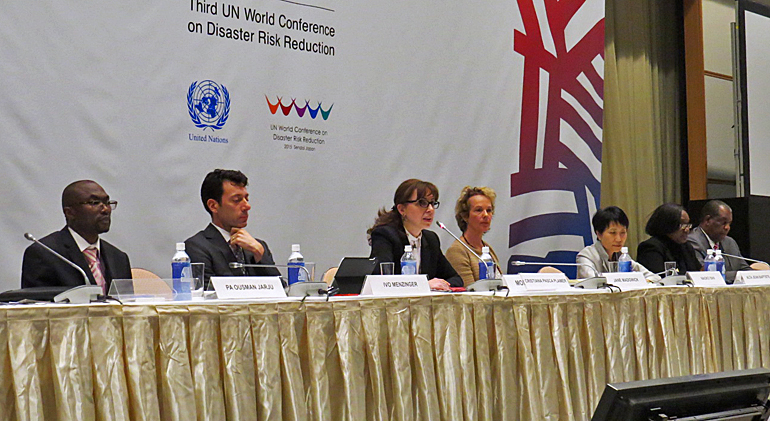 “By emphasising the productivity of an ecosystem we can overcome the idea that nature conservation blocks any economic activities”, advised director Jane Madgwick of Wetlands International. She was one of the panellists in the working session on mainstreaming ecosystem-based disaster risk reduction.

Mainstreaming the development of coastal ecosystems can make a huge contribution to global disaster risk reduction, according to the organisers of the event. 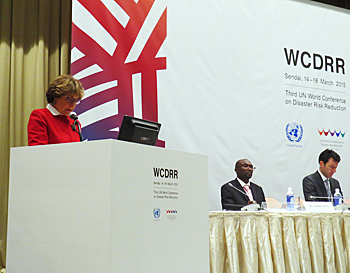 One of the specific areas of reforestation are the coastal mangrove forests. Due to the disappearance of many of these forests the coastal area have become much more vulnerable to floods.

The princess reminded the audience that this year many important global conferences will take place that involve ecosystems. Sendai being the first. “It will be a crucial year, so gear up for work”, she kicked off the session. 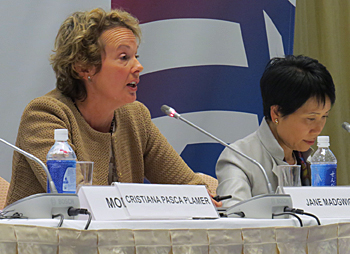 Jane Madgewick talked about thge importance of 'champions' that can bring in enthousiasme into a partnership and can make a project succesfull.

Enough pilots
Central theme of the session was to seek ways to mainstream the combination of nature restoration and disaster risk reduction, the so-called eco-based DRR.

Wetlands International wants to scale up coastal ecosystems, such as oyster reefs, salt marshes and mangrove forests, to create a win-win for nature and flood protection.

Many pilots have proven the concept to work and the organisation believes it’s time for scaling up.

Seeking champions
According to Madgwick, the project is a good example of how ministries can work together. Too often these kind of integrated project get trapped between different ministries. 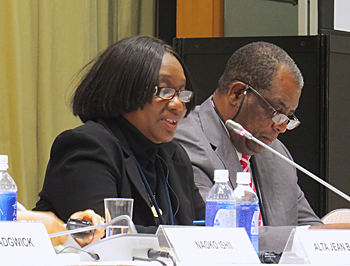 Alta Jean Baptiste of the Civil protection of Haiti told about creating coastal ecosystems with a economic productivity, like planting fruit trees.

Unusual suspects
Another panellist was Alta Jean Baptiste, head directorate of civil protection of Haiti. She told how his/her country is restoring coastal zones. “We aim at healthy ecosystems that include productive fruit trees. Although we are a civil protection agency we want to bring in economy”.

Baptise suggested to regard the tourist sector as a potential champion.

Jane Madgwick mentioned the example of the Dutch Ecoshape programme in which big dredging companies participate. “They believe in working with nature as it creates a market advantage.”