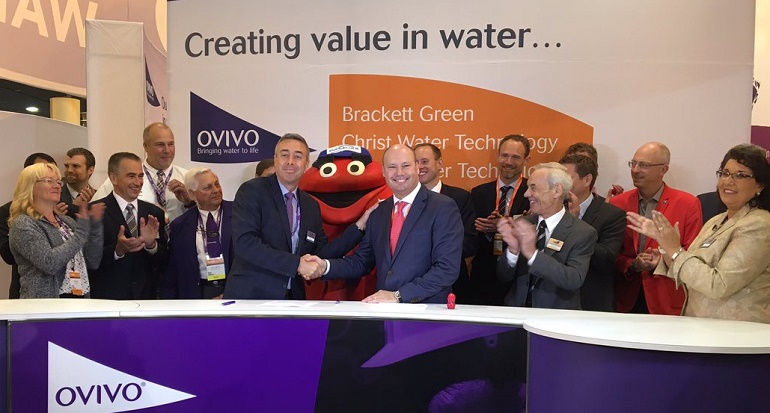 The Annamox process removes ammonium from sewage water by using the anammox bacteria.

The licensing agreement was signed by CEO Stephan Bocken at Paques (shaking hands, right) and CEO Marc Barbeau at Ovivo (left) at the trade fair Weftec in New Orleans, USA on 26 September. 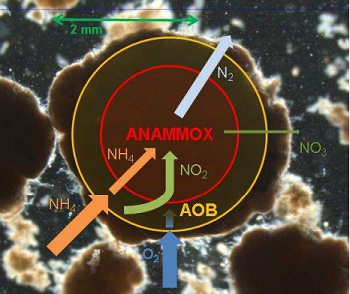 Less aeration
Under the agreement, Paques and Ovivo will commercially work together to accelerate the expansion of the Anammox technology in the municipal market in North America.

This can lead to substantial savings in operational costs for municipal wastewater treatment facilities.

Paques has 15 years of experience in full scale Anammox plants, having being the first to launch the de-ammonification process using the Anammox bacteria in 2002.

Impact on municipal market
Stephan Bocken, CEO of Paques: “We are extremely excited about the collaboration with Ovivo. This license agreement for the Anammox technology in the municipal market demonstrates Paques’ long term commitment to the North American market as Ovivo is a leading player in this market.”

Marc Barbeau, president and CEO of Ovivo added to this: “Ovivo is dedicated to innovation in an industry that is in constant evolution and offers water treatment solutions that are cost-effective, energy-efficient and environmentally sustainable.”

Barbeau continued: “As such, we believe that the collaboration between Paques and Ovivo has the potential to create a significant impact in the municipal market. We look forward to working together and deploying the Anammox technology.” 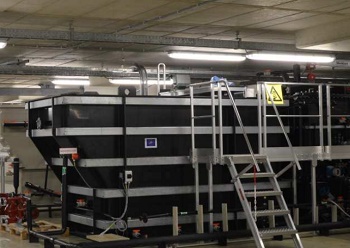 At wwtp Dokhaven, Rotterdam, the Netherlands, the Anammox process is currently tested on the mainstream of a two-stage AB-installation.

About Paques
Paques has over 30 years’ experience in the industrial and municipal waste water sector to reduce their water and carbon footprints and reclaim valuable resources.

Paques’ reactor systems are found in applications, such as food, pulp and paper, beer and beverages, distilleries and chemical industry. Since 1980, Paques realized more than 2,000 references worldwide.

About Ovivo
Ovivo is a global provider of equipment, technology and systems, possessing more than 150 years of expertise and references in water treatment, supported by its proprietary products, advanced technologies and extensive system integration knowhow.

Ovivo delivers conventional to highly technological water treatment solutions for the industrial and municipal markets, and leverages its large installed base of equipment around the world to offer parts and services to its customers.

This news item was originally published on the websites of Paques and Ovivo.