West 8 one of five finalists for proposal Santander waterfront, Spain

The City of Santander and the Port Authority want to integrate its urban and port renewal. The teams have been invited to present ideas that can transform previously degraded areas such as Varadero and San Martin into landmarks for the enjoyment of the public. 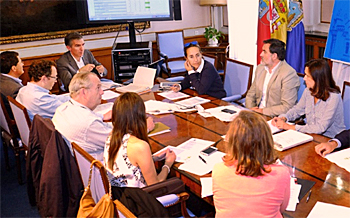 Announcement of the selection in Santander, Spain.

The ideas competition is expected to commence in the coming months and will culminate in a public exhibition and popular vote.

The final proposals will form the basis for the subsequent drafting of a special plan for the future management and development of the area.

About West 8
West 8 is an award-winning international office for urban design and landscape architecture, founded in 1987.

The office has established itself as a leading practice with an international team of 70 architects, urban designers, landscape architects and industrial engineers.

West 8's main office is based at the port of Rotterdam, and has two branch offices in Belgium and New York.