The International Investment Bank provided Wetlands International with the second grant to prologue its work restoring peatlands in Russia. 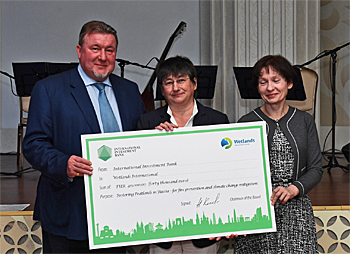 New approaches in nature conservation
‘This grant is indicative of high appreciation for the work we’ve already done and represents active support of our plans for the future’, said Tatiana Minayeva, project coordinator at Wetlands International.

Minayeva: ‘We are glad that the bank helps meet the challenge of restoring peatland ecosystems, which is very important for the ecological situation in Russia, and contributes to the implementation of the most up-to-date technologies and approaches to nature conservation’.

IIB’s chairman of the board, Nikolay Kosov, mentioned that the restoration projects fully complies with the mission of his institution as a diversified development bank.

‘All-around support of green projects and consistent environmental protection activities are the bank’s strategic priority to which we will continue to adhere”, Kosov said. 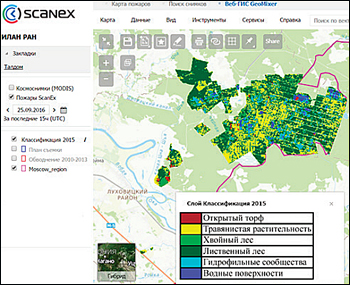 GIS based decision making instrument on peatlands management has already been developed for local authorities.

Rewetting degraded peatlands
Millions of hectares of drained and abandoned peatlands in European Russia are highly vulnerable to fires, such as those that covered Moscow in smoke during the extremely dry summer of 2010.

The project aims to restore the hydrological regime in an area of around 15,000 ha in the Moscow, Vladimir and Tver provinces, including 11,000 ha.

GIS-based decision making
The partners use state-of-the-art technologies for nature conservation, including the mapping of peatland with remote sensing, prioritisation of sites based on a decision support system and a GIS based peatlands management system.

A specially developed peatland management system has already been handed over to the Government of the Moscow Province.

The total amount of emission reductions already achieved is estimated at 175,000 to 220,000 tons CO2 equivalent per annum. 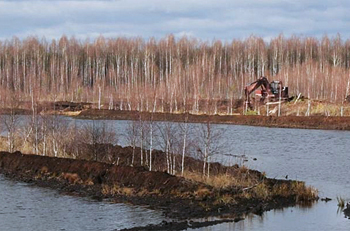 The bank pays special attention to nature when implementing its social responsibility projects and initiatives.

Since 2016 the bank has been providing grants for environmental programs in its member states, including charitable contributions to WWF for protection of wildlife in Mongolia and Vietnam and financing development of the WWF Water Risk Filter tool.

About Wetlands
Wetlands International is an independent, not-for-profit, global organisation dedicated to the conservation and restoration of wetlands, their resources and biodiversity.

It has 20 regional, national or project offices in all continents and a head office in the Netherlands. With the support of dozens of governmental, NGO and corporate donors and partners, it supports various projects in over 100 countries.

About Restoring Peatlands in Russia
The project is financed under the International Climate Initiative (ICI) by the German Federal Ministry for the Environment, Nature Conservation and Nuclear Safety (BMU), facilitated through the KfW German Development Bank, and implemented by Wetlands International in partnership with the Institute of Forest Science, Russian Academy of Sciences, the Michael Succow Foundation and the Institute of Botany and Landscape Biology, Greifswald University in cooperation with the Ministry of Natural Resources and Environment of the Russian Federation and the governments of the Russian Federation constituent entities.

Video on the Restoring Peatlands in Russia project that addresses the problems with drained and abandoned peatlands, which are fire-prone and cause major emissions of carbon dioxide.