Wetlands International supports Mongolia’s battle to save its peatland 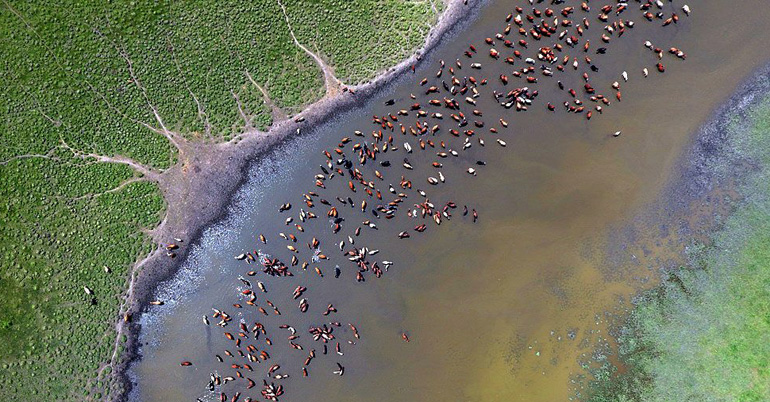 Wetlands International developed a Strategic Plan for peatland restoration and sustainable management in Mongolia, funded by the Asian Development Bank. The development of the plan include a rapid assessment study and a demonstration pilot project on peatlands management and restoration. 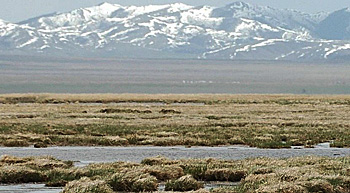 Wetlands in Mongolia are vanishing rapdily.

Overgrazing, mining and fires
The peatlands of Mongolia used to cover almost 2 percent of the country and now they are rapidly vanishing, because of overgrazing of peatland based pastures and mining for subsoil resources.

Combined with increased periods of drought causing forest fires and permafrost thawing, thousands of hectares of peatlands have been lost in the Orkhon, Ider and Onon valleys and Darkhat intermountain basin and a number of other areas.

Poor status wet ecosystems
Current information regarding the distribution, natural functions, threats, and status of peatlands in Mongolia is poor and insufficient.

Being located in large river valleys and highlands, these naturally wet ecosystems accumulate a lot of precipitation, serving as water storage basins.

As such they maintain wet habitats and pastures, feed rivers, prevent soil erosion, maintain levels of groundwater necessary for forest and crop growth, and keep wells full of water. 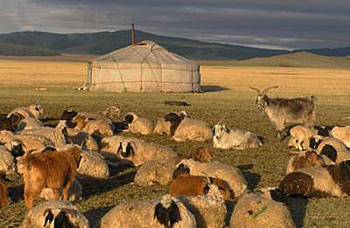 Overgrazing is one of the reasons why the peatland dissapears (photo: Wetlands-/P. van Eijk)

The strategic planning had been supported by a demonstration pilot project on peatlands management and restoration.

The pilot demonstrated a possible peatland management approach developed together with local herders.

Large source CO2-emissions
The carbon emissions from Mongolia’s peatlands are estimated at up to 45 million tons per year which makes Mongolia the seventh largest global emitter of CO2 from degrading peatlands.

These are not yet included in Mongolia’s total net GHG greenhouse gas communications, which in 2006 amounted to only 15.6 million tons of CO2 equivalent, largely from the energy sector.

Wetlands International came with a proposal to assist Mongolia in integration of peatlands related activities in the next version of the nation’s Nationally Determined Contribution (NDC) that defines its emission reductions contributing to the Paris agreement.