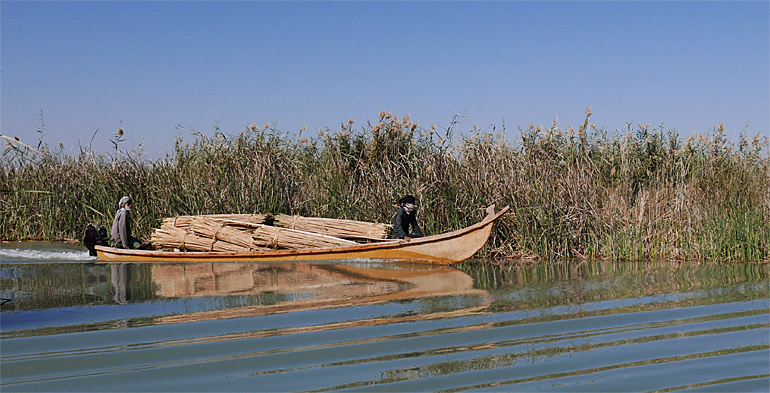 Wetlands International congratulates Iraq, Iran and the Ramsar Convention on Wetlands for the newest milestone for conserving the Mesopotamian Marshes: enhanced cooperation for the marshes as a result of the recent Ramsar Advisory Mission.

On their website Wetlands International says it will support the collaboration on the precious water resources shared by Iraq and Iran. 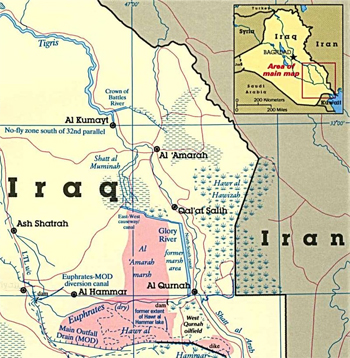 Precious water resource
The Mesopotamian Marshes are shared by Iran and Iraq and are the largest wetlands in the Middle East.

Parts overlap with some of the largest oil fields in the world, and therefore, safeguarding these precious water resources needed to sustain and restore these wetlands, requires international cooperation as the catchments of the rivers that feed these marshes cross borders.

Long term conservation
In December the Ramsar Convention on Wetlands organised an advisory mission (RAM) to the marshes to identify ways for future cooperation between Iraq and Iran, and as a first step towards the long term conservation and sustainable development of the marshes, including ways to reduce the incidence of sand and dust storms.

The mission began in Iraq, with a workshop in Basra to introduce the importance of marshes and the issues it faces as seen from the Iraqi and Iranian sides.

This was then followed by visits to the three Ramsar Sites as well as to meet the local communities who have returned to live in the marshes after the draining by the government of Saddam Hussein in the 1990’s and the reflooding that began after 2003. 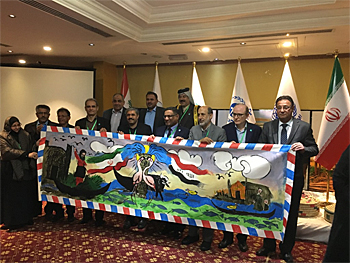 On occasion of the Ramsar advisory mission, children made a painting on  the cooperation to save the shared marshes.

Joint celebration of World Wetlands Day
During a final workshop in the Iranian city of Ahvaz to allow the sharing and discussion on what the participants had seen and heard during the visits, they confirmed areas of future cooperation.

These areas included joint coordinated waterbird surveys in the marshes, to develop opportunities for exchanges of technical and scientific information on the ecology of the marshes, and joint celebration of international events such as World Wetlands Day.

Welcome step
The Dutch-based organisation Wetlands International regards this recent cross-border cooperation initiative between Iraq and Iran as a welcome step. It looks forward to supporting the spirit of this collaboration by working with all stakeholders to conserve and develop the region in a way that benefits both nature and people.

Talk with Shell
In addition to the advisory mission, Wetlands Internationals talked with Shell Iraq Petroleum Development on a responsible management of the marshes.

Shell will withdraw from the Majnoon field in 2018 and hand over oil production to Basra Oil Company.

According to Wetlands International it is critical that the momentum towards responsible production is handed over, and that the discussion about the restoration of the marshes is continued and results in a visible role for the oil industry.

On 2 February World Wetlands Day is celebrated to raise awareness about the value of wetlands for humanity and the planet. This year's theme is 'Wetlands for an sustainable urban future'.

This news item is based on publication on the websites of Wetlands International and Ramsar.