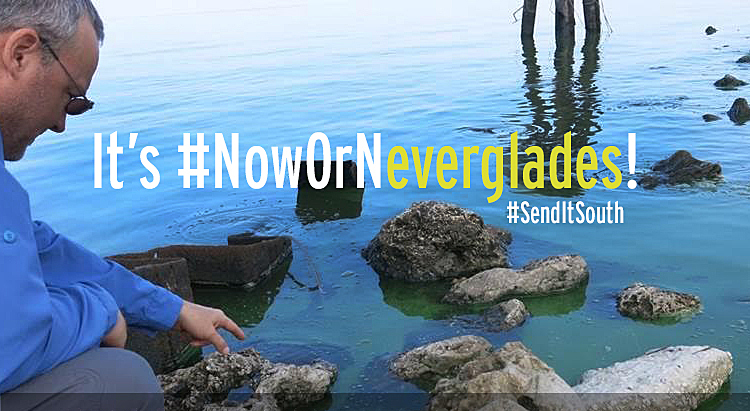 A team of Dutch researchers lead by water technology research centre Wetsus won the first stage of the George Barley Prize with its Nafrad-solution, using natural flocculants to remove and recover phosphorus from surface water.

Their Nafrad-solution was selected as the best of 77 entries to combat algae bloom in surface waters by removing low concentrations – 10 ppb - of phosphorus at low cost.

The second phase of the George Barley Prize is to pilot the best technology on a lab scale. 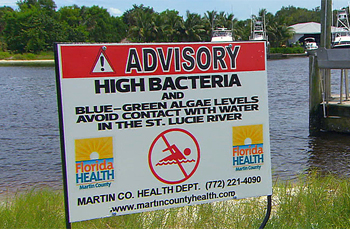 Control of algae blooms
Last year Lake Okeechobee -the largest freshwater lake in the state of Florida- was hit with an algae bloom that extended across 33 miles. Unusually heavy rains forced water districts to drain other lakes and rivers earlier than usual to avoid flooding. That action funnelled warm, nitrogen-rich water into the lake.

The algae bloom incident illustrates the pressing need to restore the natural water flow through the Everglades and prevent toxic algae blooms at the coast of Florida.

Nutrient pollution
The problem with algae blooms caused by nutrient pollution is not restricted to Florida only. It impacts all 50 states and often threatens drinking water. It is estimated that this pollution is costing the US economy 2.2 billion US dollar annually.

Therefore the Everglades Foundation established the George Barley Prize and called upon the water science community to come up with a technology to removing phosphorus from the water at a cost that doesn’t exceed 120 US dollar per kilogram. 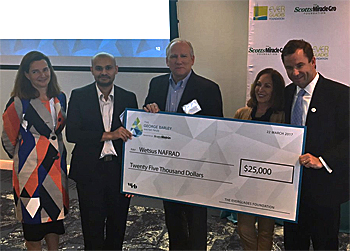 First stage
The foundation hopes that a final 10 million US dollar prize will spur the development of cost-effective technology that can solve the problem. The challenge has two stages.

The first stage was to gather all promising ideas worldwide. To stimulate a handful of good ideas, this stage included to award a total of 25,000 US dollar to a handful of teams with good ideas. The Wetsus team turned out to be the winner of this stage.

The remaining competitors will now be asked to demonstrate how their technology performs under specific conditions. The foundation will choose one team to scale up the technology and receive the grand prize.

Circular approach to phosphorus
The Wetsus team proposed their NaFRAd-solution which is a combination of flocculation with natural flocculants and reversible adsorption with high capacity iron based adsorbents.

In this way both particulate and soluble phosphorus can be removed with minimal waste formation.

The phosphorus can be recovered as phosphate rock that can be used in the local fertilizer industry.

These technologies find their origin in the Wetsus research themes Phosphate Recovery and Natural Flocculants.

This news item is based on publications on the websites of Wetsus and Everglades Foundation.

Video on the wining Stage 1 technology by the Wetsus team