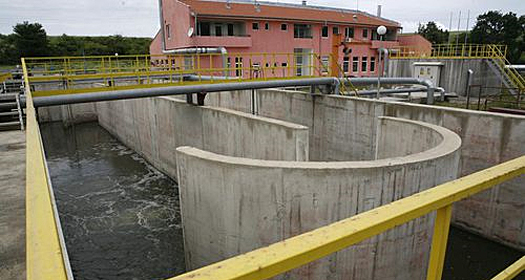 Compliance with European legislation is one of the reasons why Croatia and Bulgaria need to invest heavily in their water sectors in the coming years. The governments of the two countries asked Dutch consultancy firm Witteveen+Bos to answer some questions to put them on the right track: what is the optimum sizing of the sector, how is this achievable, and how do you organise it?

Scaling up
The drinking water infrastructure is largely organised locally in both countries, while development of the infrastructure for waste water is lagging way behind. Many of the water companies are small and are unable to undertake major investments. In many cases, there is also a lack of sufficient qualified staffing to manage and operate the infrastructure in a future-proof way.

The two countries have opted to address these problems by scaling up their water sectors.

The outcomes showed that aggregation will reduce the number of water companies in Croatia from 160 to over 20, and in Bulgaria from 64 to nearly 30. Croatia has opted for a public sector model, while Bulgaria has decided to give private market a role.

The consultancy also included mustering support within the water sector, municipalities and relevant ministries. An implementation plan and a development path are now before the Cabinet for decision-making.

The aim is to complete the entire operation within three years. Decision-making in Bulgaria is expected later in 2013.

This news item was originally plublished on the website of
Witteveen+Bos.