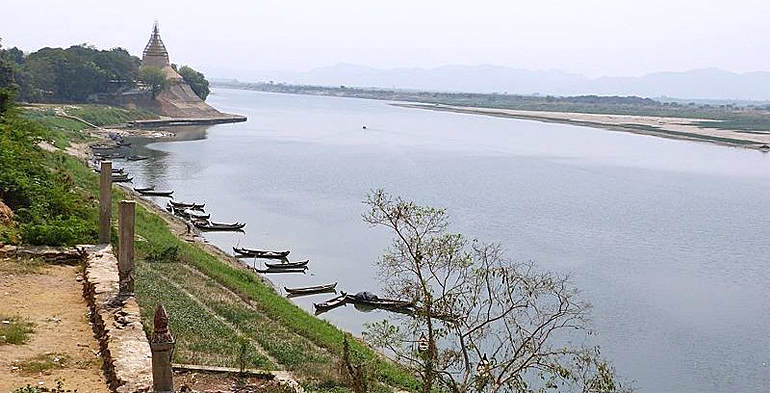 Dutch consultancy firms Witteveen+Bos and Grontmij have been commissioned to conduct an environmental impact assessment for the Bagan river multi-purpose beautification project. This project aims to improve the navigability of the Irrawaddy river near the historic city of Bagan, and to implement various measures to improve local living conditions.

The environmental impact assessment will be conducted together with local partner Wunkyin (Environment) Myanmar Cooperative.

The assessment is conducted on behalf of the Netherlands Enterprise Agency (RVO). 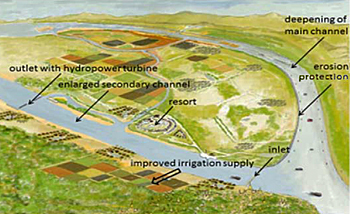 Improvement navigation on Irrawaddy river
Every year, Myanmar is confronted with droughts, flooding and other water-related problems. In order to tackle these issues and strengthen the position of the Dutch private sector in the region, the governments of the Netherlands and Myanmar concluded an agreement on integrated water management in 2013.

Under the agreement between the Netherlands and Myanmar, various water-related pilot projects have already been identified. One of these is the Bagan river multi-purpose beautification project, near the city of Bagan, to improve the navigation on the Irrawaddy river.

This project includes protecting an inhabited island in the river against erosion, upgrading the local irrigation system, generating energy by means of hydropower, and constructing a centre for tourists on the island to create new jobs for the local population.

Further to this agreement, engineering firms Witteveen+Bos and Grontmij were recently commissioned to conduct an environmental impact assessment (EIA) study.

Minimising negative effects
Environmental Impact Assessment experts, river experts and hydrologists employed by Witteveen+Bos and Grontmij are conducting this EIA study for this project on behalf of the Netherlands Enterprise Agency (RVO.nl).

The aim is to assess the project's impact on the environment and the local population, and to identify possibilities for minimising any negative effects and making optimal use of positive effects. 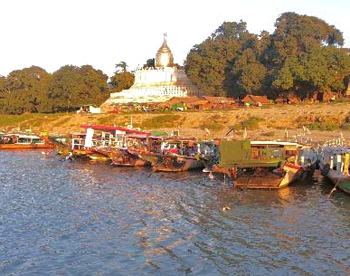 Assessment at early stage
One notable aspect of the EIA study is that Witteveen+Bos and Grontmij will consult at an early stage of the design process with the Dutch consortium of Royal HaskoningDHV/Van Oord, which is responsible for the design.

In this way, suggestions can be submitted in the preliminary design phase to help ensure a sustainable design from a social as well as environmental perspective. The inception phase – which involved assessing the existing situation and the scope of the proposed project – has already been completed.

Detailed environmental survey
A visit was paid to the project site and consultations were held with all stakeholders, including local residents. The path has now been cleared for phase 2, which will include a detailed survey of the environmental situation and the socio-economic structure, as well as further consultations with the designers about possibilities for optimising the preliminary design.

Witteveen+Bos and Grontmij are performing this EIA study under the Dutch Global Water Policy programme.

Myanmar is one of seven 'delta countries' to receive support from the Netherlands in improving their national water management.

This news item was originally published on the websites of Grontmij (in Dutch only) and Witteveen+Bos.