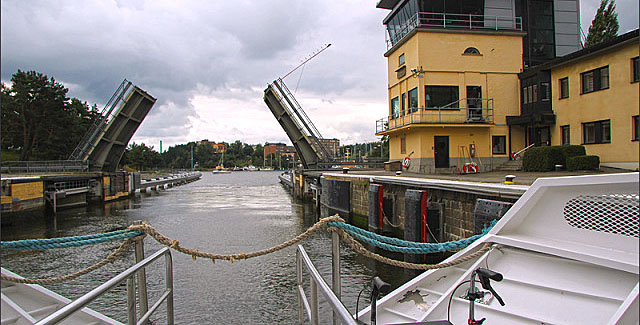 A contract was signed in Sweden on 19 June 2014 for a major project to make alterations to an existing lock in the Södertälje canal in the city of Södertälje near Stockholm. The canal itself will be widened and deepened.

Dutch engineering and consultancy firm Witteveen+Bos and its Swedish partner WSP will start work on the project on behalf of the Swedish maritime agency Sjöfartsverket at a kick off meeting on 26 June 2014.

The contract is part of the Swedish Mälaren project to improve the accessibility of the ports of Västerås and Koping. 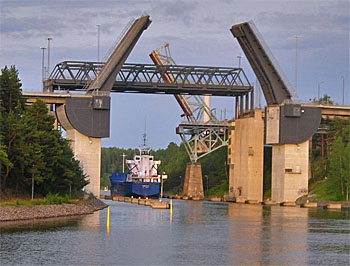 Larger seagoing vessels
The Södertälje canal needs to be widened and deepened to offer seagoing vessels up to 165 metres long and 23 metres wide access to the ports of Västerås and Koping that are located land inwards.

Some work will also be necessary in Södertälje itself to allow the handling of maritime traffic.

This work includes extending, widening and renovating a lock (two new gate chambers and doors, modernisation and extension of the shore side), creation of new slackening structures around the existing bridges, provision of erosion protection for embankments and soil, design of a new road bridge at the lock, creation of new waiting berths and protection of the area against future flooding risks. 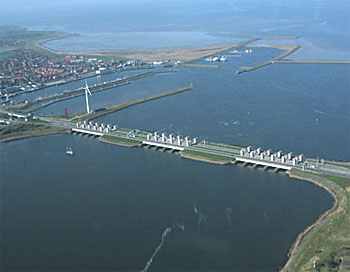 Important reference project for Witteveen+Bos is the detail planning on the upgrading of the Afsluitdijk causeway, the Netherlands that has to start in 2016.

Witteveen+Bos and WSP have worked together before in Sweden on a locks project in the city of Trollhättan. The two partners complement each other well, with Witteveen+Bos providing expertise of locks and hydraulic structures and WSP concentrating on the design of the new road bridge, the alterations to the existing infrastructure and on the licenses.

A major challenge for the consortium is the requirement that shipping may not be disrupted during construction of the lock. Other important matters that must be addressed are the environmental constraints and stakeholder management.

During the kick-off meeting at 26 June 2014 in Sweden, Witteveen+Bos and WSP will agree with client Sjöfartsverket the sequencing of the project and the parties will make an analysis of the local situation. Work is scheduled to start mid-2015.

The Dutch engineering and consultancy firm acquired this contract in Sweden partly thanks to experience gained while performing work on the Afsluitdijk causeway in the Netherlands.

This news item was originally published on the website of Witteveen+Bos (Dutch only).