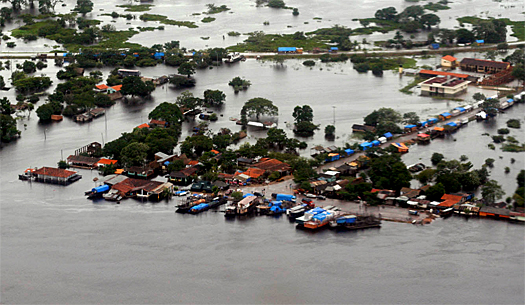 Consultancy firm Witteveen+Bos is in the lead of a consortium with Deltares, RoyalHaskoningDHV and Bolivian partners, to improve the flood warning system in the catchment area of the Bolivian river Mamore. The contract between sponsor, the Royal Dutch Embassy in La Paz, and the consortium was signed on September 5, 2012.

Large floods in El Nino years
The river Mamore originates in the Andes and runs northward through Bolivia and ends up in Brasil as one of the biggest tributarey rivers to the Amazone. In the Beni region the river crosses a relatively flat plain, an inland river delta with large savannes.

Heavy rainfall floods large parts of the plain annually for 3 to 6 months. In La Niña years, the floods tend to become shorter or less intense. During the El Niño years the seasonal floods are more severe. In 2008 the city of Trinidad suffered from a severe flooding. 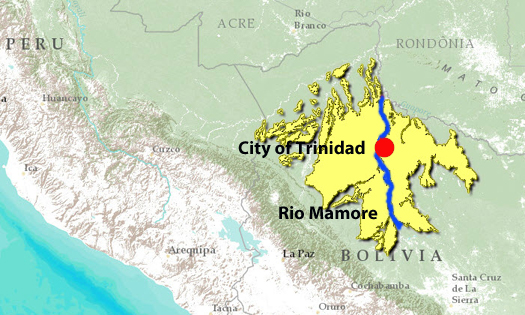 Living with water
Flood prevention on the Beni plain is no options. Meassures are to costly in relation to the small population and economy. The Bolvian governement decided for a water management policy based on the concept of Living with water (Vivir con el Agua). This adaptation programme was started by the Bolivian Viceministerie for Water management, in cooperation with the Dutch Embassy.

One of the first elements to be realized is the improvement of the existing early warning system for flooding.

Additionally the consortium will make risk map in support of the institutional spactial planning. Employees of the Bolivian authorities will be trained to use these new tools.

At least 60 people were killed in Feburary 2008 when the Amazone city of Trinidad was flooded following heavy rain fall.