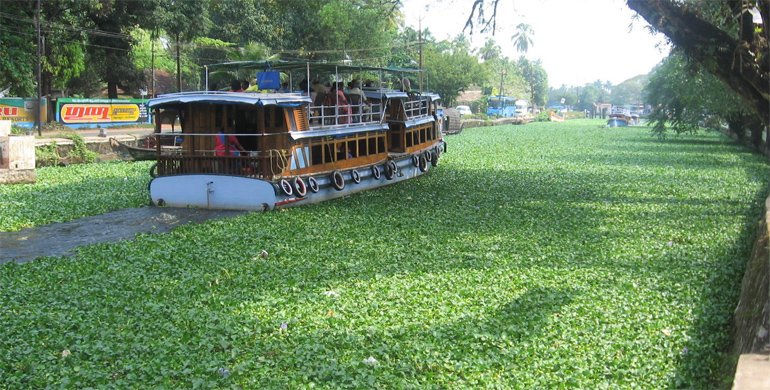 On 25 November a team of water experts from Dutch consultancy firm Witteveen+Bos has concluded a first visit to the city of Alappuzha, the Venice of India. The objective was to develop short-term and long-term sustainable solutions for the quality of the canals in the city.

The mission was initiated and supported by the Embassy of the Kingdom of the Netherlands in India upon a request by the Government of Kerala.

Cultural heritage
The city of Alappuzha is a popular tourist destination. It is known for its beautiful backwaters, cultural heritage and its canals. The canals in the city are struggling with a deteriorating water quality due to stagnant water, with growth of water hyacinth and with accumulation of solid waste. The water is a health risk. In addition, there is a lack of navigability in most canals. Locally flooding occurs during the monsoon period. 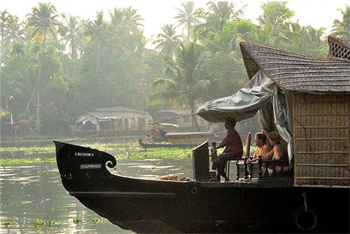 Improving water quality
Team leader Leon Valkenburg explains: ‘During the mission we have developed a road map in good cooperation with a team of engineers of the Ministry of Irrigation. The measures aim to improve water quality and navigability in Alappuzha.”

According to Valkenburg, natural processes in the water system need to be strengthened to support long-term water quality improvement, to reduce environmental stress on nature, fish and agriculture. “The solutions have to have added value for Kerala and Alappuzha by promoting sustainable tourism, nature, agriculture and revitalisation of its cultural heritage”, he said.

The presentation of the road map by team leader Leon Valkenburg was well received by the Minister of Irrigation and the Minister of Finance of Kerala. A follow-up is expected the coming months.