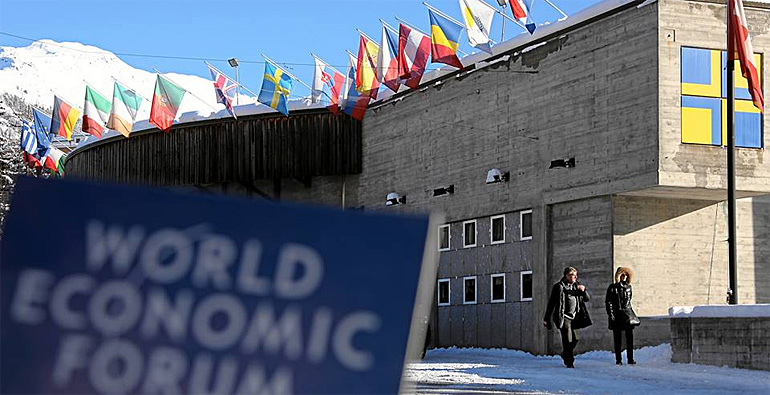 Prior to the start of the World Economic Forum in Davos on 17 January Dutch prime minister Mark Rutte wrote a weblog specially addressing the world’s global water issues.

During the next annual forum meeting the new Global Risks Report will be discussed. As last year’s report, the new report ranks the water issue as the number three future risk for economic development.

In his weblog Dutch prime minister Mark Rutte advocates to make the economic value of water more explicit. “Bottom line is this: not valuing water comes at costs”, he writes prior to the forum meeting as one of the members of UN’s High Level Panel on Water (HLPW). 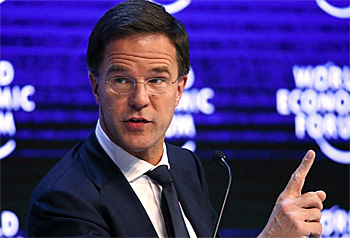 Addressing water scarcity and floods
According to Rutte it has been estimated that if water managing fails to address water scarcity, the GDP of some countries might be 6 percent lower by 2050.

“In practice, all water management decisions value water and make trade-offs between sectors, countries and generations. An obvious and direct way of valuing water is the pricing of water usage, pollution and protection against flood risk’, the Dutch prime minister continues to write.

“Yet, these water pricing initiatives only cover part of the values of water. Other values are more difficult to monetise such as social development and cross-boundary and cross-generation trade-offs.

While you can put a price on scarcity, it’s much harder to put a monetary value on ritual bathing, water recreation, passing on a healthy ecosystem to future generations or enabling more girls to go to school by making water and sanitation easily available.” 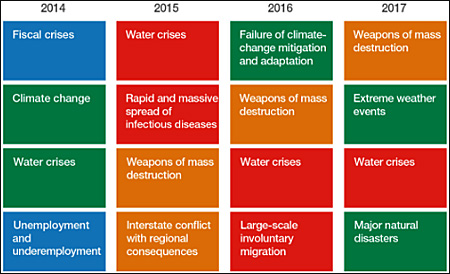 Again a third place for water, as a major risk for economic growth for the next ten years, regarded by 750 experts.

Initiative for a dedicated platform
Rutte forecasts that more water will be re-used over and over again and as a member of the High Level Panel on Water (HLPW) he calls for the Forum’s community to engage with the Valuing Water Initiative of the panel.

The panel launched an action plan in September last year and one of its actions is to initiate a dedicated multi-stakeholder platform to continue improving global practices on valuing water after the HLPW has completed its mandate in 2018.

“Our goal is to present a comprehensive and hands-on tool by as early as 2018, to improve global practices on valuing water. For that we need contributions and best practices from around the globe. You can find more information here”, the Dutch prime minister concluded his blog. 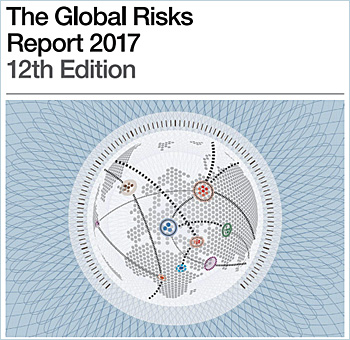 “Not globalisation but the fourth industrial revolution is the driver of these pressures”, said chief risk officer Cecilia Reyes of Zurich Insurance Group at the press presentation of the report.

Reyes advocated for better social protection systems to balance the risks and rewards of the global economic development. Negative effects such as the low interest rates put too much a burden on individuals", she pointed out.

“The issues of inequality and polarization are far too complex to be handled in silo’s”, Reyes continued. “Collations between states and stakeholders at micro, macro and global levels are needed to find solutions”, she said.

Read the full weblog by Dutch prime minister Mark Rutte on the website of the World Economic Forum.

See the full panel discussion of the Global risk report at the World Economic Forum website.