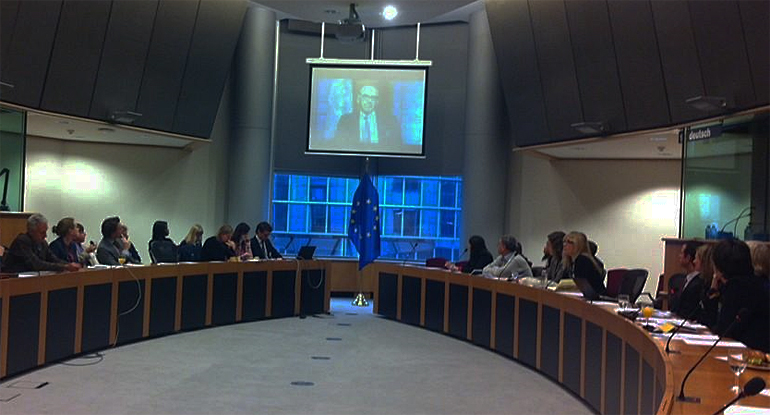 On World Toilet Day, Dutch non-profit organisation Simavi has added their name to a European Toilet Declaration launched at the European Parliament calling on EU Countries to back a global commitment on ensuring sanitation, hygiene and drinking water for everyone, everywhere by 2030.

The European Toilet Declaration calls on the European Union to recognise the important role that sanitation plays in good health, nutrition, education and protecting women and girls.

During the launch ceremony in Brussel on 19 November a video message was shown from Jan Eliasson, Deputy Secretary-General, United Nations (top photo). 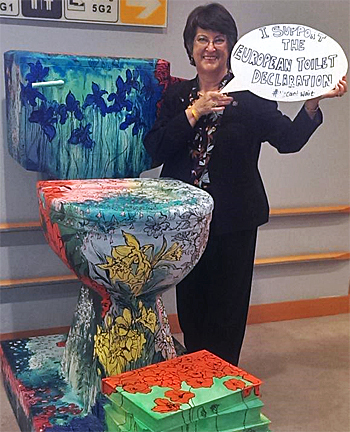 MEP Catherine Bearder (UK) attended the launch ceremony is one of the members of the European parlement to back the declaration.

Ambitious European WASH-goals
The initiators of the declaration - WaterAid, Unilever, WASH United and the London School of Hygiene and Tropical Medicine - want to ensure that the EU common position on the Sustainable Development Goals being discussed right now includes ambitious goals, targets and indicators on water and sanitation.

The declaration’s launch comes at a crucial time, 23 days before development ministers from EU Member States will meet to agree a common position on the post-Millennium Development Goal framework.

Wait no longer
Jean-Laurent Ingles, Senior Vice President, Unilever, says: "It’s unthinkable that today, one in three people in the world still doesn’t have access to a clean and safe toilet – a fundamental human right. With the European Toilet Declaration, we are highlighting that we can’t wait to improve sanitation. It needs to be done now in order to save lives and tackle disease."

Eliminate open defecation
This summer a UN working group reached an agreement on a set of 17 Sustainable Development Goals (SGD). One goal is on water and sanitation. The SDGs are currently being debated by the world leaders, to be adopted by the United Nation in September next year.

Extension to schools and healthcare facilities
The declaration states that the first step is for the EU and Member States to support this goal that includes targets to eliminate open defecation, achieve universal access to WASH by 2030.

"As stated in the declaration, we want this access to WASH to be extended beyond homes to schools, healthcare facilities and the work place. We urge the European Ministers of Development Cooperation for inclusion of these targets when they meet at December 12 to agree on a common position about the SDG’s", says Blesgraaf

Simavi announced an informal networking event during the Sanitation and Water for All Steering Committee meeting in The Hague at December 4. The event is to underline the inclusion of institutional WASH in the post-2015 development agenda. 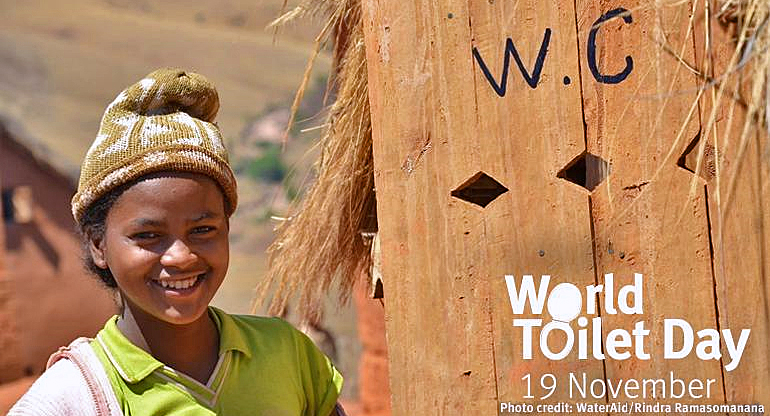