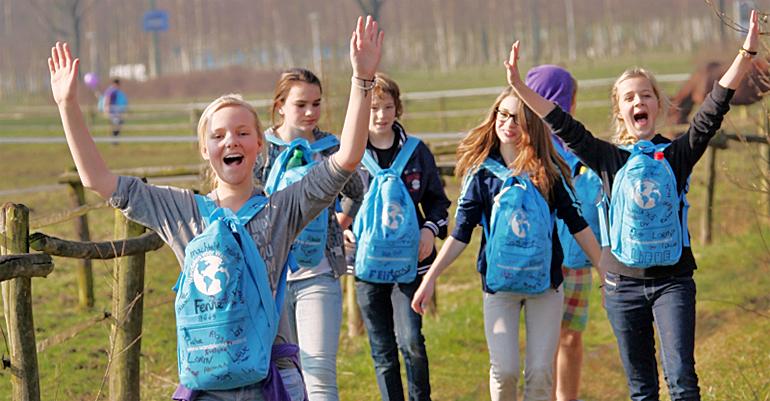 It will be the largest participation ever! This week around March 22 - World Water Day - over 33,000 Dutch children in groups 7 and 8 of 570 primary schools are expected to participate in the campaign Walking for Water. This breaks last year's record of 28,000.

The children walk 6 km with 6 liters of water in a backpack, like many of their peers in developing countries who have to walk this distance to get their daily water.

Walking for Water started as a national campaign in 2003 and is growing every year. In 2011 it became international with additionally 6,000 kids participating from 80 schools in 22 countries.

Last year the overall event raised almost 1.3 million euro that was spent on 26 water and sanitation aid projects in Africa and Asia. 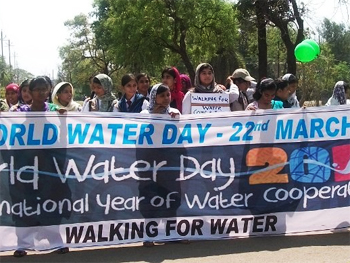 In the run up to the walk students get a lesson by an expert on water and sanitation and on the local situation in the project country.

Walking for Water is an initiative of several organizations, including Aqua for All, Simavi, AMREF & ZOA and Akvo.

Aqua for All is responsible for the evaluation and approval of all projects.

The projects that have been sponsored in Africa and Asia with the money raised in 2013 can still be viewd on the website of Akvo:
www.walkingforwater2013.akvoapp.org