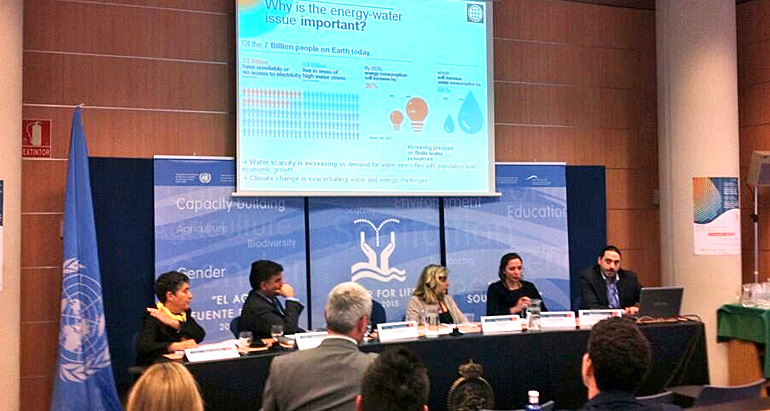 This year's theme of World Water Day will be water & energy. Throughout the year several major water events aim at bringing together specialists from both sectors for a dialogue.

This series of global events started off with the UN-Water conference held in Zaragoza, Spain from 13-16 January 2014.

Dutch delegation representative Alexander Verbeek announced a team up of the Dutch government with the World Resources Institute (WRI) on the issues of shale gas, coal mining and water & energy in Asia.

Above all, the UN-conference made clear that water & energy is a complex issue, especially because of unknown trades off from renewable energy sources. 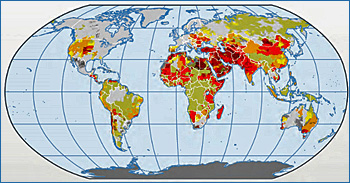 Setting the stage
The UN-conference in Zaragoza set the stage with experts from both the water and energy sector addressing the enormous global challenge to find joint solutions to allow more energy production with less water use. More kilowatts per drop.

Several experts emphasized that scenarios predict global electricity demand to increase with 70% during the next decades. At the same time the global water demand will increase with 55%.

It is inevitable that in water scarce areas the competition for fresh water will increase dramatically.

In fact, many fresh water sources are already overexploited. Global studies indicate that at this moment already 20% of all groundwater aquifers are shrinking because more water is pumped out than is recharged by rain or snow melt.

Hydro power, biomass production and shale gas
The conference touched upon the possibilities for the water sector to operate in a more energy efficient way by, for instance, introducing more energy-efficient water transportation or, in case of waste water treatment, increase of biogas production from anaerobic digestion.

By far the most attention during the conference went to the conversion by the energy sector to more sustainable energy sources and the consequences for the water demand. Will the production of irrigated biomass continue to decrease? Will the possibilities for hydropower decrease because of climate change? Is water re-use a serious option for fracking shale gas?

Delegates agreed that it is important for the water- and energy sector to have an open dialogue this year in order to find win-win situations and prevent negatives spin off by new developments from one sector to the other. 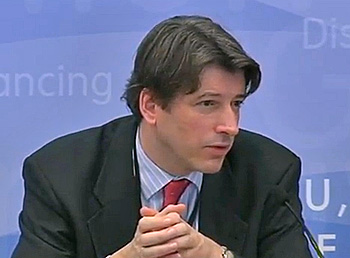 The contribution to the global discussion on the water-energy nexus will focus on participation - together with the World Resources Institute - in the Stockholm World Water Week on the topics of water use for shale gas and coal mining.

In cooperation with the Asian Development Bank a full day programme will be organised on water & energy in Asia.

Whereas technological innovation on renewable energy is concerned, the Dutch government will focus this year on tidal energy and blue energy (producing electricity by mixing large amounts of salt sea water and fresh river water).