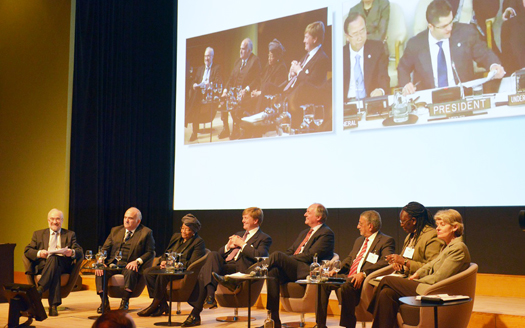 The current millennium goals on water and sanitation expire in 2015. With still three years left to finish the unfinished, the global water community started to debate the next set of goals. "The millennium development goals, set in 2000, were unique and served their goal. The water goals 2.0 will be different. We are here to find the wording for aspects of quality, sustainability and affordability. And let us not forget to achieve access to water for remaining 50 percent that we haven't addressed yet," summarized Prince of Orange as chairman of UNSGAB, at the High Level meeting on water cooperation in The Hague, the Netherlands, on World Water Day on 22 March.

Cooperation is essential
The key notes, breakout sessions and the forum debate showed clearly how complex global water issues are. “Let perfection not become the enemy of the good”, warned Michel Jarraud, chair of UN Water. "Water has so many aspects that no one can deal with it alone. That is why cooperation is essential. It is not an option. It is imperative. We need to cooperate to be able to address the water issues," said Jarraud underlining the importance of this year's theme.

Transboundary watersheds
The debates in The Hague made clear that the global water community is very much aware it has to cooperate. Not only within its own sector between national and local water authorities, but also with local stakeholders.

The most debated issues were the use of transboundary watersheds, the need to combat waterborne diseases by treatment of waste water, and the complex water-food-energy nexus to accommodate the expected growth of the world population, the expanding economies and the impact of drought and floods due to more extreme weather events. 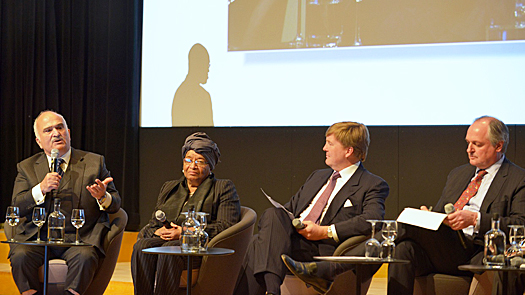 Prince El Hassan Bin Talal expressing his ideas on supranational cooperation during the high level forum. Next to him president Ellen Johnson Sirleaf of Liberia, UNSGAB-chair Prince of Orange and CEO Paul Polman of Unilever.
(all photo’s: Marco Baiwir)

Transparent dialogues and clear deliveries
An inspiring Prince El Hassan Bin Talal of Jordan talked about the difficult political situation in the Middle East and took the Jordan river as an example. "Water is a supranational issue. Cooperation is essential but needs reliable data, transparent dialogues and clear deliveries." The Jordanian prince strongly advocated regional cooperation to be able to include important local political issues, such as refugees and conflicts.

Sustainable use of water resources
In September the General Assembly of the United Nations will discuss a first framework for the goals 2.0. From the discussions in The Hague it emerged that the global water community endeavors a standalone water goal, including the sustainable use of water resources. To be able to achieve this, the water community shall have to define simple and measurable water goals that bridge the current human oriented poverty goals and the sustainable development goals as agreed during the Rio+20 Earth summit last year.

Three possible priorities
In his key note Prince of Orange provoked the debate on the water goals 2.0 by venting UNSGAB's ideas on three such simple and straightforward priorities:
- universal access to sustainable sanitation and to drinking water that is really safe;
- a waste water revolution based on prevention, treatment and reuse;
- efficient and wisely use of water resources.

Children did the walking 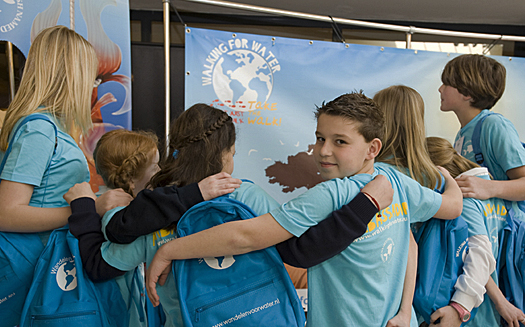 The High Level Meeting ended with the announcement of the total amount of money raised by 50.000 children on World Water Day. Children in 22 different countries participated in the first international version of Walking for water, raising almost 1,3 million euro for projects on water and sanitation projects in developing countries.

A live recording of the High Level Meeting can be viewed at:
www.wwd2013.org and www.unwater.org/water-cooperation-2013