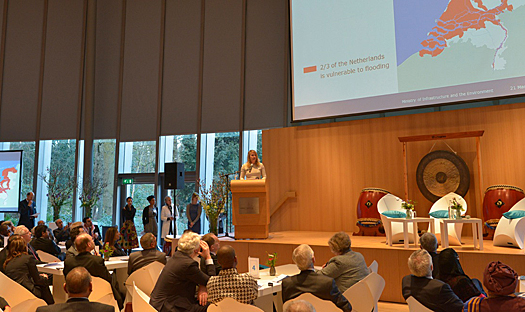 Universal access to safe and sustainable water supply, sanitation and hygiene should be the next global WASH-target. This bold goal for the water community emerged from the multi-stakeholder dialogue on water in the Peace Palace in The Hague, the Netherlands on 21 March.

In their key notes both UNSGAB chairman Prince of Orange and president Ellen Johnson Sireleaf mentioned the importance of clean water for targeting poverty and sustainability.

Differently from 2000 when the current millennium goals top-down were defined top-down, the UN wanted this time a bottom-up process to come to new global poverty and sustainability goals. For this the UN started a public consultation earlier this year. 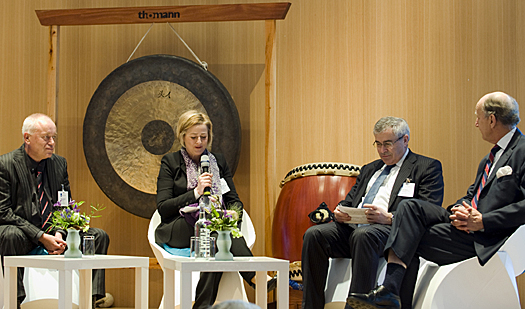 Bert Diphoorn (UN-Habitat). Yoka Brandt (Unicef) and Sven Alkalaj (UN-ECE) reported the key-findings of the thematic consultations on water. On the right is moderator Paul Hohnen. (all photo's: Marco Baiwir)

Benefiting for everybody
Brandt also mentioned the general consensus that much has been achieved, but there is still a lot to do. Especially concerning sanitation. “Not everybody has benefited from the progress that has been made with the implementation of the current millennium development goals. Mainly women, children and especially people in conflict zones still fail access to clean drinking water. In the new framework these group need special attention”, according to Brandt.

Addressing all stakeholders
The multi-stakeholder dialogue was wrapped up in a wake-up call on water. It addresses all individual stakeholders, politicians, administrators, citizens, consumers, CEOs, religious leaders, children, scientists, farmers, entrepreneurs, bankers and the United Nations, each on its own way, to finish the unfinished agenda of the basic right to drinking water and sanitation for all. 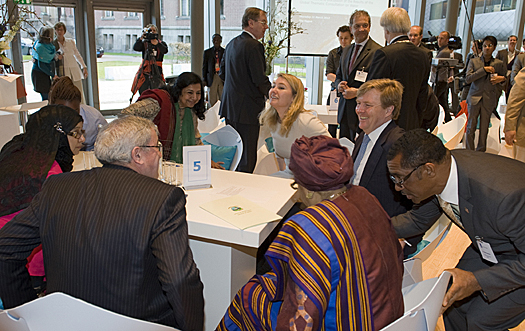 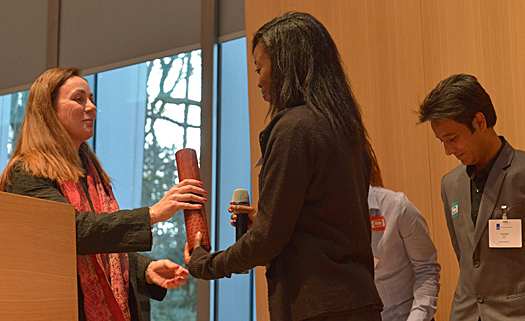 At the end of multi-stakeholders dialogue Alexandra Pierre (right) of the World Youth Parliament for Water handed over Dutch ambassador for sustainability Kitty van der Heijden (left) the final version of the Wake up call for water.