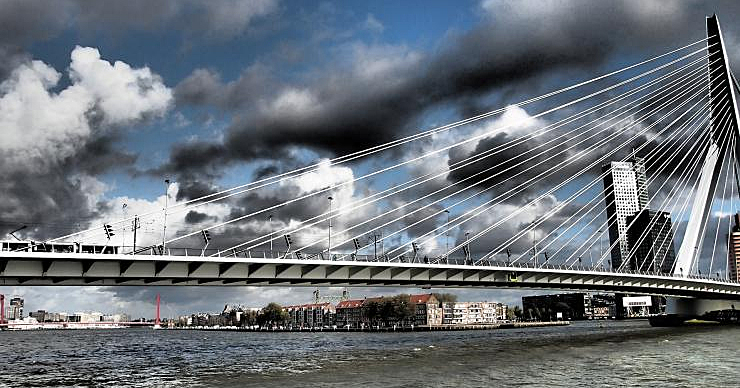 The world’s first Climate Adaptation Academy was launched by C40 Cities network in Rotterdam, the Netherlands on 2 May. The academy started off with its first delegation from the city of Dubai, to participate in the inaugural adaptation Master Class.

The Climate Adaptation Academy will provide cities with training programmes and technical support in climate change adaptation and building resilience. 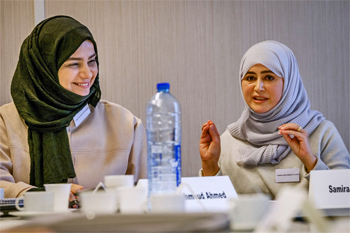 Delegation from Dubai participated in the first master class.

Prepare for climate change
City officials and urban planners from more than 60 cities around the world, will learn how to prepare their cities for the inevitable consequences of climate change.

“Every city on earth is vulnerable to some degree to the impacts of climate change, whether from floods, droughts or heat waves,” said Ahmed Aboutaleb, Mayor of Rotterdam.

Mayor Aboutaleb: “This will have an enormous impact on public health, quality of life and the economic progress in our cities. To protect our citizens, city leaders need to implement immediate measures, and the C40 Adaptation Academy will ensure the best ideas are spread around the world as quickly as possible.” 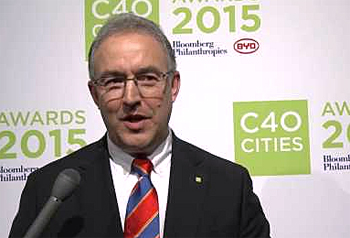 Rotterdam mayor Ahmed Aboutaleb at the COP22 climate summit in Paris in 2015 where Rotterdam received the C40 Cities award.

Serious risks
Unless preventative action is taken, climate change-related natural disasters have been estimated to put 1.3 billion people at risk by 2050 and destroy assets worth 158 trillion US dollar.

As cities are home to more than 60 percent of the world population and the majority of global infrastructure and assets, they are uniquely vulnerable to these risks.

Parts of Rotterdam are more than 6 metres below sea level, exposing the city to serious risks from rising sea levels and other climate related threats.

By necessity Rotterdam has taken a leader’s role in climate change adaptation. Within the C40 network, the city shares this expertise with other cities around the world.

Adaptation strategy
“The effects of climate change are already underway and cities are on the frontline”, said Anne Hidalgo, Mayor of Paris and Chair of C40.

Mayor Hidalgo: “Rotterdam has recognized those risks and then worked tirelessly to spread their knowledge to other cities facing the same threats. We certainly drew on their expertise when creating Paris’ award-winning Adaptation Strategy”.

This news item was originally published on the websites of City of Rotterdam (Dutch only) and C40 Cities.