World’s first floating city to be developed in French Polynesia 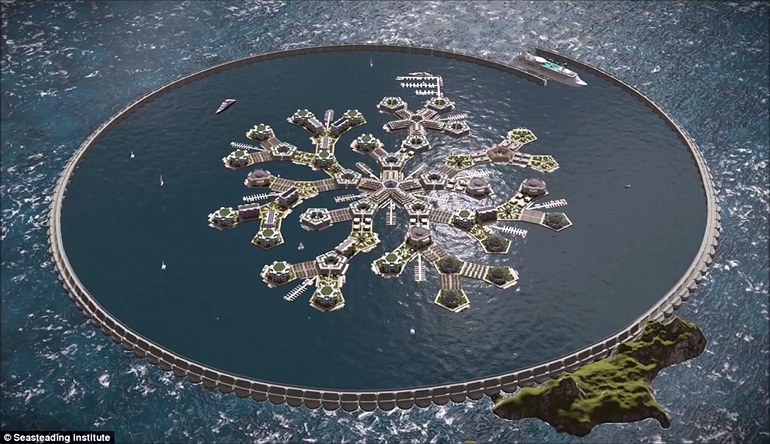 The government of French Polynesia signed an historic agreement that allows the development of the first floating city in a lagoon off its most populated island of Tahiti.

The agreement was signed with the Californian Seasteading Institute in January. Dutch company Blue21 is involved in the engineering of the modular floating platforms for such a city in the Pacific Ocean.

Studies into the project should reach completion by 2018 and parties hope to be able to start construction of the world’s first floating city by 2019. The costs for a first pilot are estimated between 10 and 50 million US dollar. 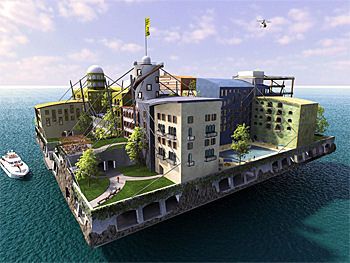 Impression of a large platform for a floating city in open sea.

Impacts studies
The deal specifies two points that the project must prove before it gets the green light. Studies will have to prove whether the ambitious plan will benefit the local economy and if it proves to be environmentally friendly.

According to Blue21 this is where the Polynesian plan gets complicated. Originally the non-profit foundation Seasteading opted for the concept of floating cities on the ocean, outside of territorial waters of existing nations. As libertarians they dream of creating self-ruling floating cities.

Smaller platforms
The current Polynesian project, however, foresees in a floating city in a more protected environment. According to Bart Roeffen of Blue21 this implies that the platforms can be much smaller, allowing more space between the platform. “This allows more sunlight to shine in the water of the lagoon, and thus reducing the environmental impact.”

Initially DeltaSync, closely linked to Blue21, did a feasibility study for Seasteading for a floating city in full sea, outside territorial waters. “This means we have to redesign our platforms”, says Roeffen. “Instead of exceptional sized platforms of 50 by 50 meter with wave breakers, we can now think of conventional platforms, in sizes like 20 by 20 or even 10 by 10 meter.” 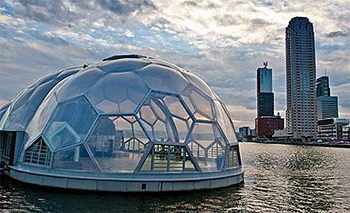 Example of a smaller, more conventional, platform designed by DeltaSync for a pavilion that floats in a former harbour in Rotterdam, the Netherlands, since 2010.

Expert meeting
As an example Roeffen refers to the size of the Floating pavilion in a former harbour in Rotterdam, the Netherlands. DeltaSync engineered the platform for this pavilion that is now in use since 2010.

Roeffen expects that the real engineering can start following a meeting by experts in French Polynesia in March. A more detailed presentation of the whole plan is scheduled for May.

About Seasteading Institute
The Seasteading Institute, founded in April 15, 2008, is an organization formed to facilitate the establishment of autonomous, mobile communities on seaborne platforms operating in international waters.
PayPal cofounder Peter Thiel, invested 500,000 US dollar in the institute and has since spoken out on behalf of its viability.

About DeltaSync and Blue21
DeltaSync is a leading specialist in the field of floating urbanization. It provides consulting and design services and innovative solutions for delta areas.

The company is closely linked to social enterprise Blue21, that wants to inspire cities to expand towards the sea and plug in floating concepts including technologies for the recycling of waste, nutrients and CO2.

This news item is based on a publication on the website of Blue21.