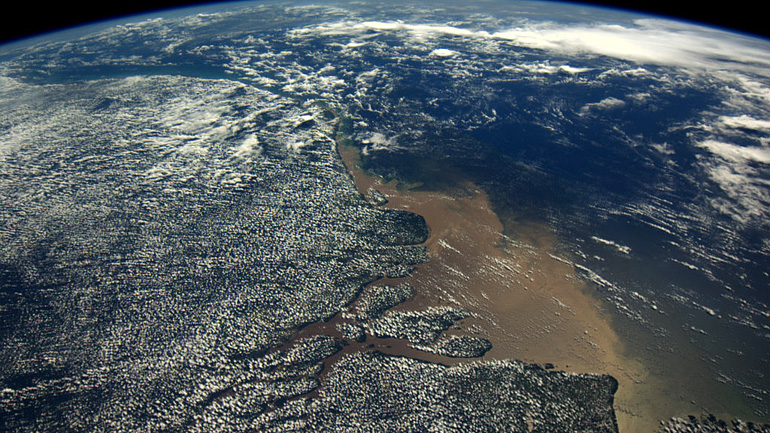 The Amazon rain forest absorbed less carbon during the 2015/2016 El Niño. This apparent in a special issue of Philosophical Transactions of the Royal Society B that was published on 8 October. The reduced carbon absorption was a direct result from the little rainfall – the lowest in 35 years - which resulted in a great reduction of the amount of river water and the availability of soil moisture. Researchers of Wageningen University & Research (WUR) contributed to the special issue and two of the articles were written by members of the Department of Meteorology and Air Quality. 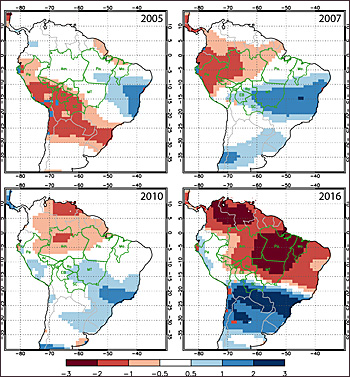 Worst drought in decades
El Niño, the strong warming of cold seawater that occurs once every three to seven years, influences the weather in large areas of the world. The 2015/2016 El Niño caused a severe drought in the tropics. It was the worst in decades.

New research technology has enabled the researchers to conduct an in-depth examination of the influence of drought on carbon absorption in the Amazon rainforest and further unravel the nature of carbon cycles in the tropics.

Less river water
‘We used satellite observations of fluorescence by chloroplasts to estimate the carbon uptake through photosynthesis,’ says Gerbrand Koren, PhD candidate with the Department of Meteorology and Air Quality, and the first author of one of the articles by WUR.

Precipitation during El Niño 2015/2016 was the lowest in 35 years, which resulted in a great reduction of both the amount of river water and the availability of soil moisture.

Model studies revealed that the river discharge in the Amazon basin decreased by 30 to 40 percent from October 2015 onwards.

Less tree growth
The researchers found that less water was available for trees in the eastern part of the Amazon basin in particular.

Gross primary production was greatly reduced throughout the Amazon region: tree photosynthesis was about 10 percent lower than in normal years. However, productivity rapidly returned to normal levels once the clouds returned and the rain season began, although the soil was still very dry.

Ingrid van der Laan-Luijkx and other authors including PhD candidate Erik van Schaik wrote the second WUR article. ‘We used a new combination of models together with observations’, she explains. ‘Using this combination resulted in new insights into the response of tropical vegetation to drought, insights that are necessary for a better understanding of the potential consequences of climate change.’

Read the full article: Widespread reduction in sun-induced fluorescence from the Amazon during the 2015/2016 El Niño.

This news item was originally published on the website of Wageningen University & Research.

(Top photo: Amazon river delta, as seen by ESA astronaut André Kuipers during his mission to the ISS in 2011 - photo credits: ESA/NASA).