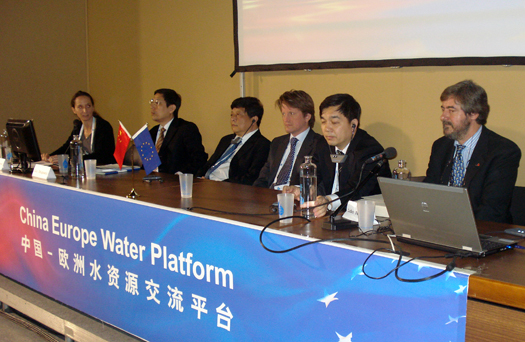 “We invite China to cooperate with the European private sector. For urban water management experiences from the past are not sufficient anymore. We need to speed up the process of innovation. Europe and China can work closely together to develop new solutions”, said the prince. AGT Netherlands and research centre TNO are already working on a flood early warning system for Yellow River.

Continuation of EU-China water cooperation
At the 6th World Water Forum Chinese minister of water resource Chen Lei and the Danish environmental minister Ida Auken – on behalf of the European Union – signed a joint statement on March 14. The European Union and China founded the China Europe Water platform (CEWP), as a continuation of the EU-China river basin management programme that is about to end. The new platform is expected to have a wider scope and will also address water scarcity. Southern Europa and China share many similar water problems.

Still much to learn
According to Paul van Meel who leads the technical assistance team of the current EU-China river basin management programme, the cooperation between EU and China concentrates on three main items. “In the field of watersheds and soil erosion China is far ahead of Europe and Europe can learn a lot from China. Whereas flood protection is concerned, the situation is more equal. In regard of water quality management China can still learn from Europe.”