WWF6 – Many successful meetings and presentations at Netherlands pavilion

Many successful meetings and presentations took place at the pavilion. 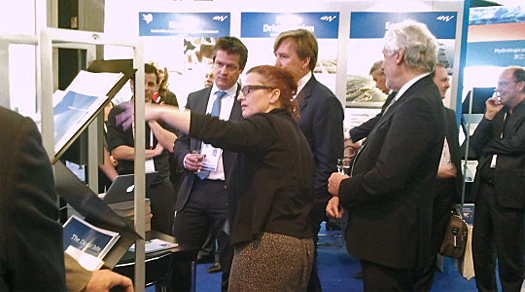 On the first day of the Forum the Prince of Orange attended the welcome reception at the Netherlands pavilion. Here seen being briefed by Christina Boomsma of the Netherlands Water Partnership on the worldwide branding of the Dutch water sector. 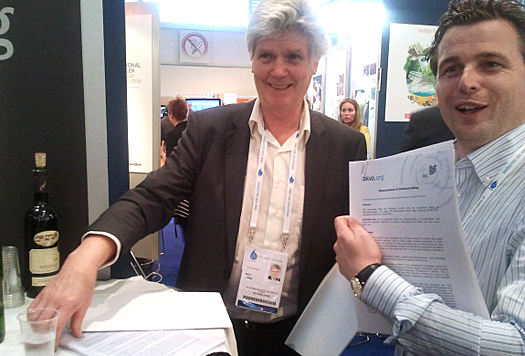 Director Nico Terra (left) of IRC International Water and Sanitation Centre and co-director Peter van der Linden (right) of the AKVO Foundation signed a memorandum of understanding at the Netherlands pavilion. IRC has much knowhow and experiences with water and sanitation projects in the developing world. AKVO is very active on internet and over 500 organizations are using the Akvo platform to visualize projects with a total value of over 32 million euro, reaching more than 1.9 million people. IRC and AKVO will specially join forces on monitoring all these water projects. 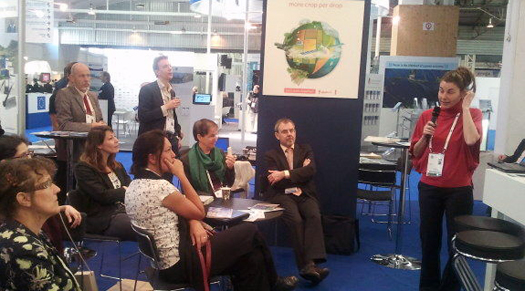 Jessica Graf of the consultancy firm Hystra and author of the study ‘Access to safe water for the base of the pyramid’ explained at the Netherlands pavilion that new viable business concepts are emerging for water supply in developing countries. Simple technical concepts make it easy for local entrepreneurs to start small water firms. 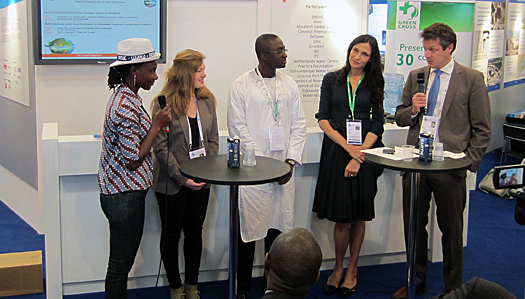 Film actress Famke Janssen (second right) attended the Forum as the new ambassador of Green Cross International and promoted implementation of the Human Right to Water and Sanitation. She visited the Netherlands pavilion together with representatives of the World Youth parliament for water. Representative for the Netherlands was Annerieke Sleurink (second left). 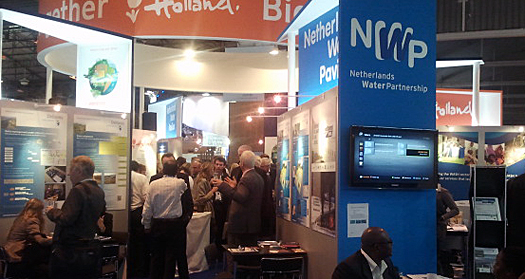 The Dutch-based Unesco-IHE institute for water education organized a networking event for alumni to meet the Dutch water sector. 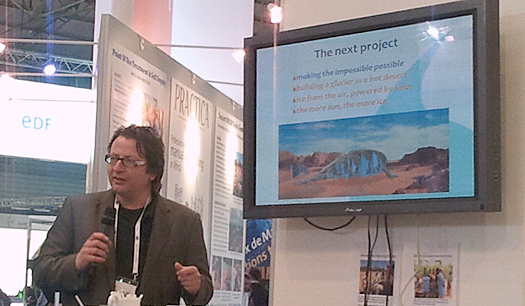 Unesco-IHE Cultural Ambassador Ap Verheggen gave a briefing on the latest developments to build a huge cooling structure in the desert that condensates the water in the air and sues solar energy to freeze the water. 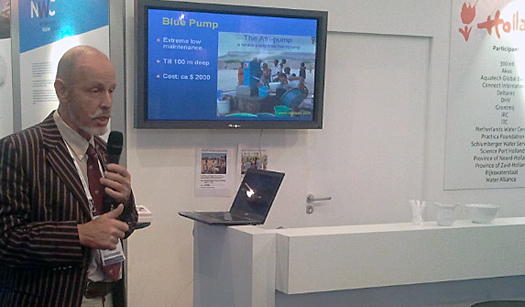