Three months ago the Delta Act on Water safety and fresh water supply came into force in the Netherlands. The act is the cornerstone for the Dutch water authorities to anticipate adequately on the expected sea level rise, soil subsidence, drier periods and more extreme rainfall.

During the 6th World Water Forum in Marseille, France, the delegation from The Netherlands present the Delta Act as an integrated long term solution for flood protection and fresh water supply. The delegation holds a target session on Tuesday March 13 to discuss a roadmap for a sustainable and resilient delta areas.

Robustness of the delta
Climate adaptation in a country that is 60% floodable and densely populated delta, the Netherlands focuses on the robustness of the delta. For an interconnective approach to protect the country from a rising sea level, soil subsidence, drier periods and extreme rainfall the Delta Act was made. It came into force on 1 January 2012.

Five Dutch D’s
The Delta Act is based on 5 pillars:

Precautionary principle
State Secretary Joop Atsma (Infrastructure and the Environment): 'The Netherlands is the best protected delta in the world. We owe that to our unique approach, which anticipates the expected rise in sea level and periods of both extremely high and extremely low river discharges. The Delta Act and the Delta Fund enable us to continue to implement this precautionary principle, for future generations as well.' 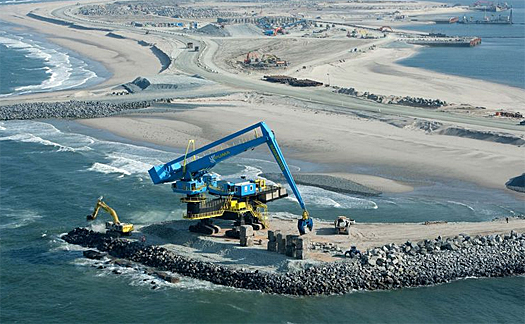 Keep flood protection up to standard
Delta Commissioner Wim Kuijken on the Delta Act: ‘This is a historic moment for our country. The new Delta Works of the future will enable us to keep our current safety measures up to standard and ensure that our country is prepared for the future. These matters have now been laid down in law, which is of paramount importance for our country.’

The Dutch Delta programme will be discussed in several panels and sessions on the first two days of the Forum.

Contributions in many panels
At the World Water Forum Dutch water experts will also contribute in panels, or showcase their projects at the Netherlands Water Pavilion under the theme; Lets work together! . The world faces many challenges in which water plays a key role. Given the complexities of these challenges government, business, knowledge institutes and NGOs more often join forces.

At the Forum and in the Pavilion Dutch experts want to share their knowledge and experience across sectors and between countries in the believe that joining forces with others in long term international relationships is the best way to meet challenges of the future.