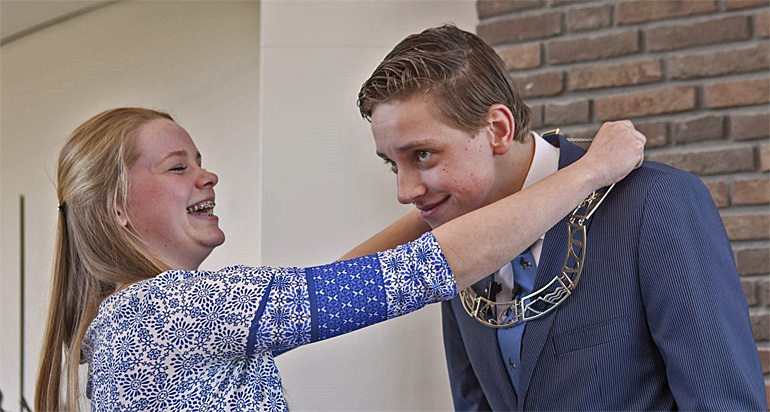 15-year-old Johannes van der Poel has been installed as chairman of the national youth water board on 17 February. He is the youngest chairman ever.

The national youth water board is a group of young people between 14 and 18 years, representing all regional water authorities in the Netherlands for a maximum period of two years. 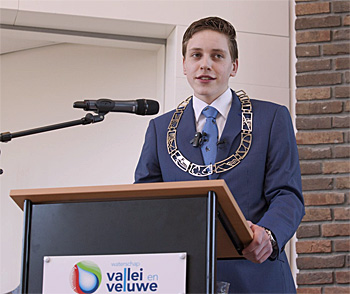 Regional governance
Johannes van der Poel is a student and since 2015 he represented the regional water authority Vallei and Veluwe.

In November he was elected as the new chairman. Now he was officially installed.

"I applied because the administrative side interested me," Van der Poel said. "After being appointed, I really got interested in the water aspects of the regional governance."

One of his election promises is to keep the water taxes as low as possible. 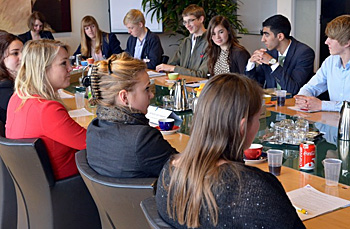 Their boards are elected, making them democratic governmental bodies, independent from the national government and other local authorities like provinces and municipalities.

Dutch regional water authorities levy their own taxes to maintain the local flood defences and to treat the waste water.

Each board is headed by a chair, in English called dike warden, an ancient office that dates back to the medieval period.

This independent status within a national water governance structure is unique in the world.

Raising awareness
The Youth water board was initiated in 2011 and every two year, young people between 14 and 18 years, are elected to represent their local regional water authority.

The main purpose of the Youth water board is to raise awareness for regional water management among the young generation.

The young board members give lectures at schools and are active on social media.

More information
Jeugdwaterschap (in Dutch only)
www.jeugdwaterschap.nl
and
Dutch water authorities
The Hague, the Netherlands
+31 70 351 97 51
www.dutchwaterauthorities.com