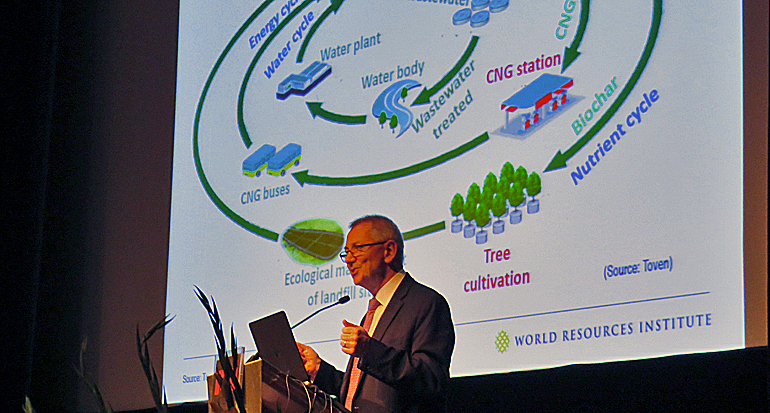 Cyprus and Singapore already have an almost closed water cycle. Local circumstances forced these small states to start reusing their fresh water. Will the world follow? Will the water sector join the movement from a linear economy to a circular one? This question dominated the third edition of the Amsterdam International Water Week that took place from 2 to 6 November in Amsterdam, the Netherlands.

The crowd pullers of the event, the two-day conference and the Aquatech Amsterdam trade exhibition, were well attended. 1100 Delegates from more than 70 countries attended the conference. The trade exhibition had approximately 18.000 visitors. 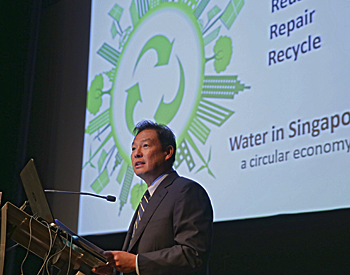 CE Peter Joo Hee Ng of Singapore national water agency PUB explained that every drop of water that is collected in Singapore are endlessly reused.

Exciting times
Both the meetings at the show floor at the Aquatech Amsterdam trade exhibition as well as the meetings during the two-day conference were very lively and animated.

"These are exciting times", said president Andrew Steer (on top photo) of the World resources institute at the opening session of the conference.

Steer made clear that a circular economy is inevitable. Not only will the world population grow with 2 billion people the next decades, also 1 billion people are expected to come out of poverty and 2 billion people will become middle class and start buying more products, including washing machines and showers. 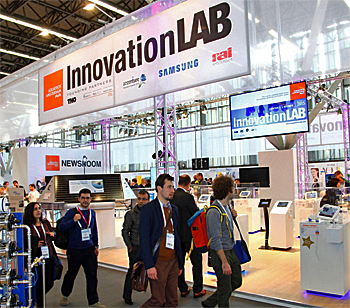 The Innovation LAB showed water technology that is currently being developed.

Solutions and policies
The Aquatech Amsterdam trade exhibition showed that water technology suppliers are already offering equipment to reuse water and to recover valuable materials from water streams. Their clients ask for it, they said.

The 25th jubilee edition of Aquatech was most dynamic yet, reports its organizer AmsterdamRAI.

A total of 856 exhibitors participated in the event, an increase of more than 100 compared to the previous edition.

Numerous features and insightful sessions focused in particular on innovation, such as the highly appreciated Innovation LAB, were showed in a special area at the trade exhbition, dedicated to highlighting innovation in the sector. 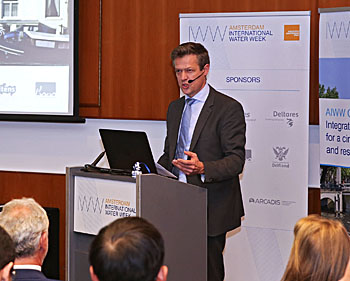 Managing director Lennart Silvis of the Netherlands Water Partnership closed the conference and invited everybody to the next one in 2017.

Around the corner
The conference showed that the awareness for a circular economy is there. EU-commissioner Karmenu Vella told in his key note that the European Union is about to take the lead and will announce new plans to create a circular economy next month.

In his closing remarks, managing director Lennart Silvis of the Netherlands Water Partnership (NWP), one of the organisers of the Amsterdam International Water Week, concluded that the circular economy is around the corner. "We need to dive into the business case of water", he said. "Different from the two previous editions of the Amsterdam International Water Week, we have seen pension funds, insurers, private banks and investors taking part in the discussion."

Silvis noticed the different discussions with financially oriented professionals in the room. "They are not talking about integrated solutions but about the water value chain. This is an interesting perspective for the future!"

The NWP-director encouraged the conference participants to keep building on new connections outside the water sector to enable the transition to a circular economy and more resilient cities.

He invited everybody to the next Amsterdam International Water Week that will take place from 30 October to 3 November 2017.