The third edition of the Amsterdam International Water Week was an impelling event. From all over the world professionals had gathered to talk about the unavoidable move towards a more circular economy and the urgency of making cities more climate resilient.

At the same time the water professionals could visit the Aquatech Amsterdam trade exhibition to be updated on the latest's water treatment products and services.

The crowd pullers of the event, the two-day conference and the Aquatech Amsterdam trade fair, were well attended. The conference saw 1100 delegates. The trade fair was attended by 18,411 visitors from 139 countries.

The Amsterdam International Water Week took place from 1 to 6 November 2015.

The next edition will take place from 30 October till 3 November 2017.

Below a final look back in pictures.

From linear to circular economy 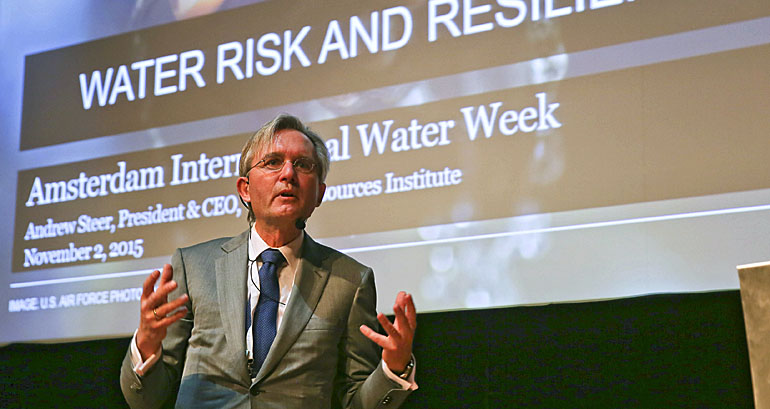 Chairman of the regional water authority of Amsterdam, Gerard van den Top, moderated the key session that kicked off the two-day international conference. President Andrew Steer of the World Resources Institute drew the bigger picture and told about the changing perspective. The economy has mainly focused on the demand side as resources such as metals, minerals, water and energy were considered infinitive. This is now changing, he noted and more attention will go to the supply side. 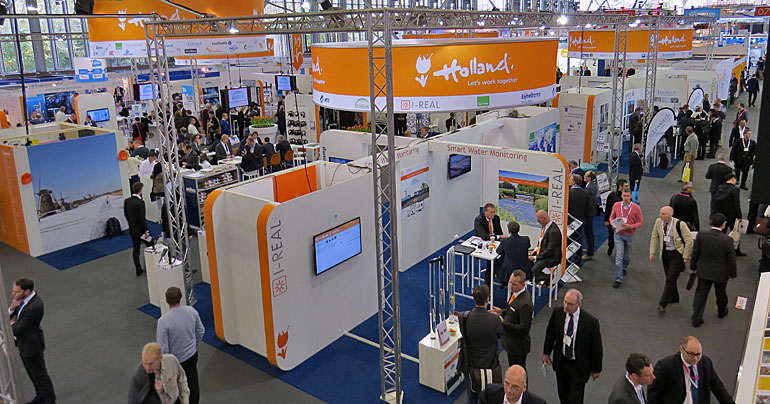 The Holland business pavilion was by far the biggest ever. Some 40 companies had gathered in the pavilion that gave a good impression of the available Dutch water technology.

The conference ended with three leader forums on resilient cities, industry and utilities. The heart of the forums were the round-table sessions with impelling discussions on the best way forward.

Three bugs on the show floor 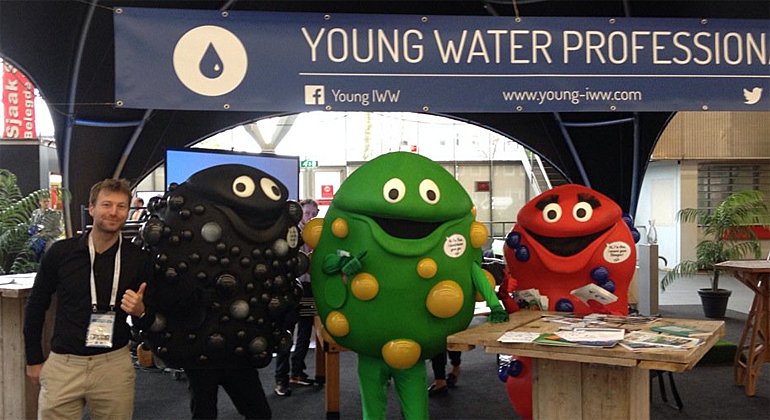 Water technology supplier Paques managed to attract attention with its three colorful bacteria. Each bacteria represented a treatment process that is supplied by Paques: Biopaq by black bacteria Andy, Thiopaq by green bacteria Theo and Anammox by red bacteria Ana. 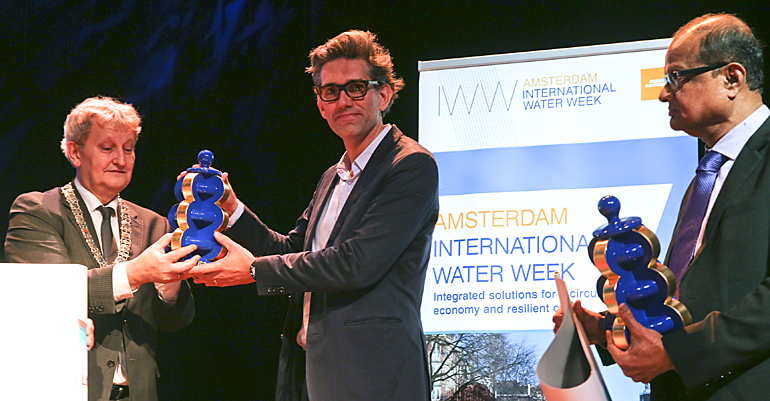 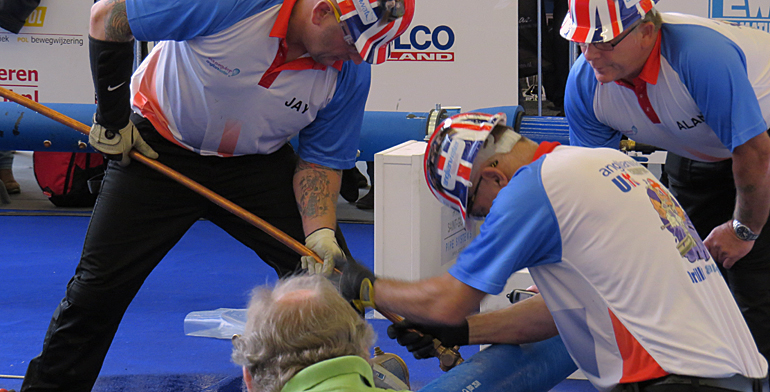 World's best pipe fitters had gathered in Amsterdam to participate in the 2015 world championships. Three teams from Mexico, UK and the Netherlands were challenged to complete a simulated house connection in the shortest possible time. It was close finish but in the end it was the Dutch team of the water company of Amsterdam that won the world championships. 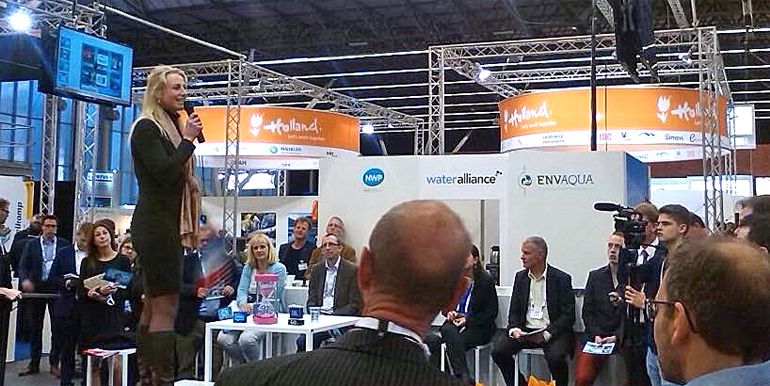 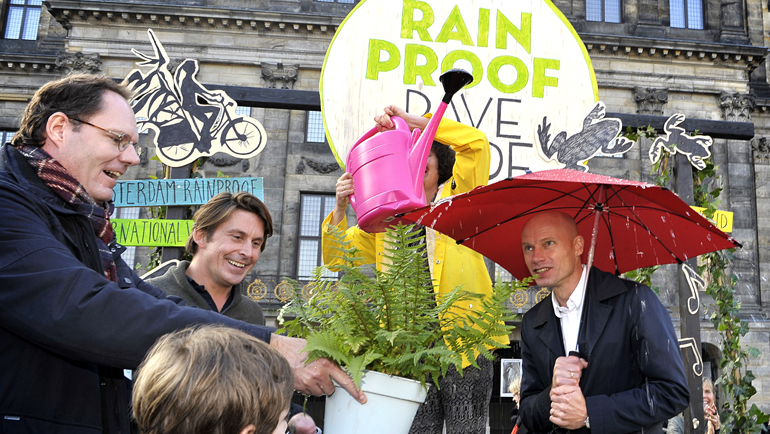